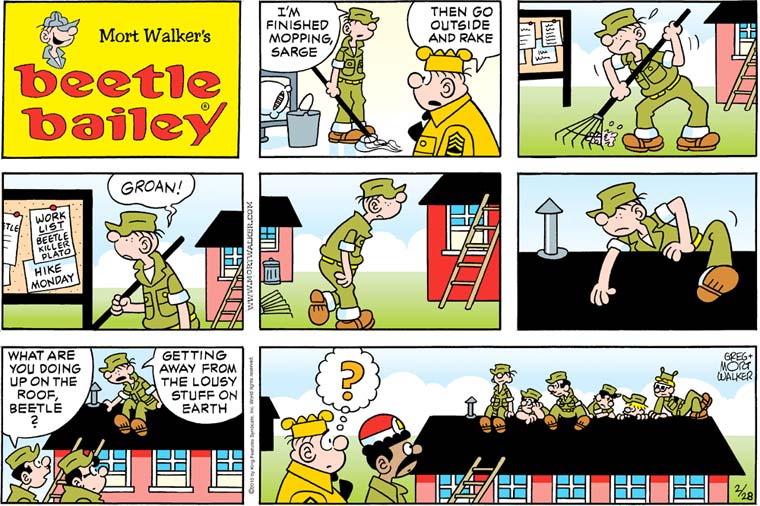 I originally read the heading on the piece of paper tacked to the bulletin board in panel three as “Worst List”, and believed that it was meant to be an accounting of the most incompetent, ineffective, and generally bad soldiers on the base, or perhaps just the worst humans on earth. This nicely dovetails with my interpretation of the ensuing panels, in which Beetle, struck by shame, climbs atop a building intending to jump off and end it all, and convinces many of his fellow soldiers to join him. Unfortunately, since the structure only appears to be 12 feet high or so, this too will probably end in failure, with the attempted mass suicide only resulting in a few broken ankles. 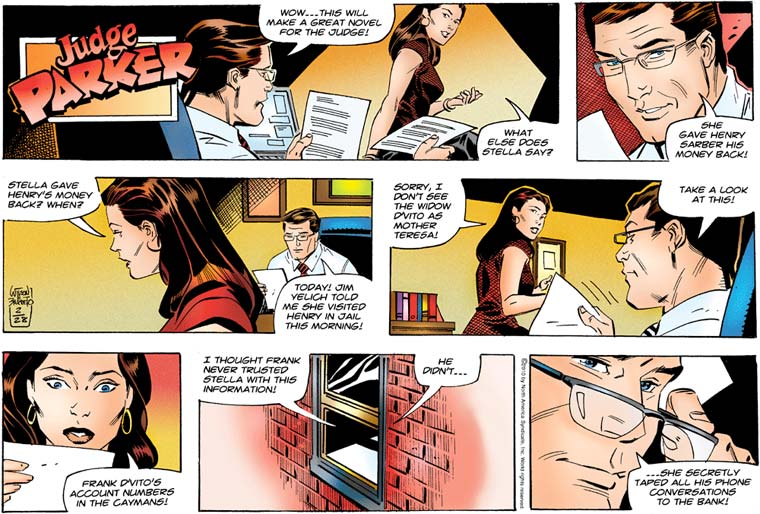 Hey, remember how there was this entire other Judge Parker plot going on, which, despite its many crimes against legal ethics, was actually somewhat more interesting than the Rocky-Godiva marital problems storyline? Well, it, uh, got resolved, completely offstage, apparently! Thank goodness this one of Barreto’s last few Sunday strips (or perhaps one of his son’s?), so that these boring people standing around some dull office explaining the resolution confusingly are at least halfway attractive to look at. 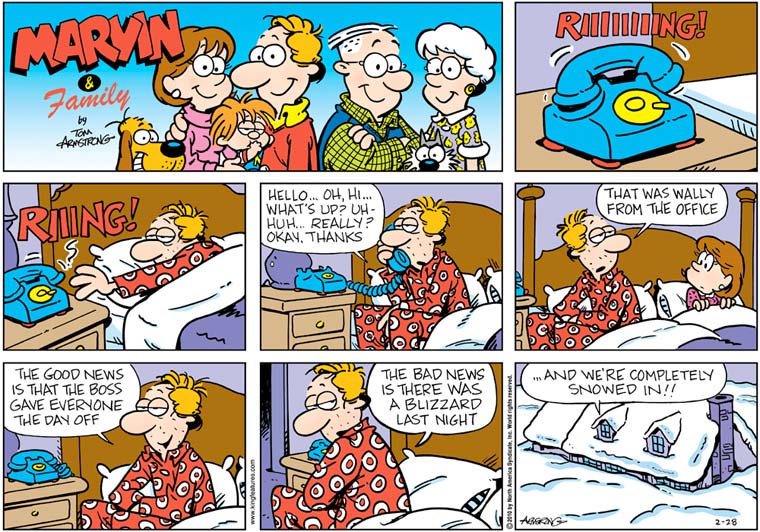 “Well, it looks like we’ll have to turn to cannibalism! We’ll start with Marvin, naturally. I’ll fire up the grill.”

“But honey, we have plenty of food in the ho—” 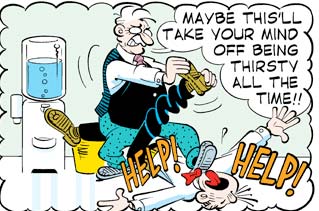 It’s only a dream sequence, but this panel offers further unsettling detail on the always grim relationship between Dagwood and his boss. We’re no doubt meant to chortle at Dagwood’s comically twisted leg, but I can’t stop looking at Dithers’s heel planted squarely on the poor man’s throat.

At last, the nature of Wilbur and Kurt’s forest frolic becomes clear: A laughing Wilbur is giving his smiling not-son a bit of a head start before he starts hunting him for sport. Truly, emotionally needy con artists are the most dangerous game.