Earlier this evening King Features had only released those color comics with names beginning “A” through “C”. It looked like I would be forced to serve up Crock to you fine folks again, and I felt shame. The mighty Houston Chronicle eventually came to my rescue, but in my early panic I steeled myself, went out, and bought a newspaper. Well, The San Francisco Chronicle, but you know what I mean. And there, in pale ink on flimsy translucent pulp, was Steve Jobs’s vision of the comics’ future. Along with proof positive that Jason Fox does not read newspaper Spider-Man.

Other than that, sad to say, the Sunday funnies are mostly a cavalcade of misery, alienation, and spite — and that’s leaving out Crock. Here’s mom Lillian rejecting son Jeff’s umpteenth feeble, doomed attempt to win her favor. Hey, Jeff — I bet your pharmacist will swap that talking pillbox for something that will shut the old pill up for good. 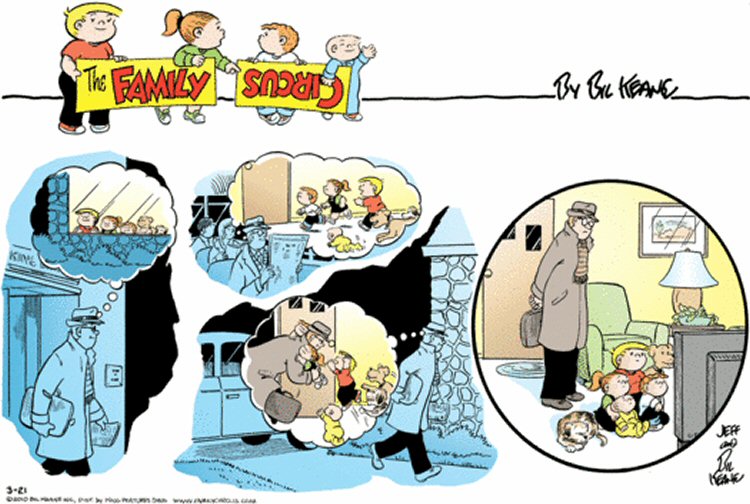 Of course, the “Greatest Generation” has no monopoly on shabby disregard for the feelings of loved ones. Here, Bil’s simple dream of family harmony — lovingly documented in his cartoons for more than half a century — is revealed as a hollow sham. But take heart — I hear that in a week or two, they’ll be ignoring him in favor of comics on their shiny new iPads! 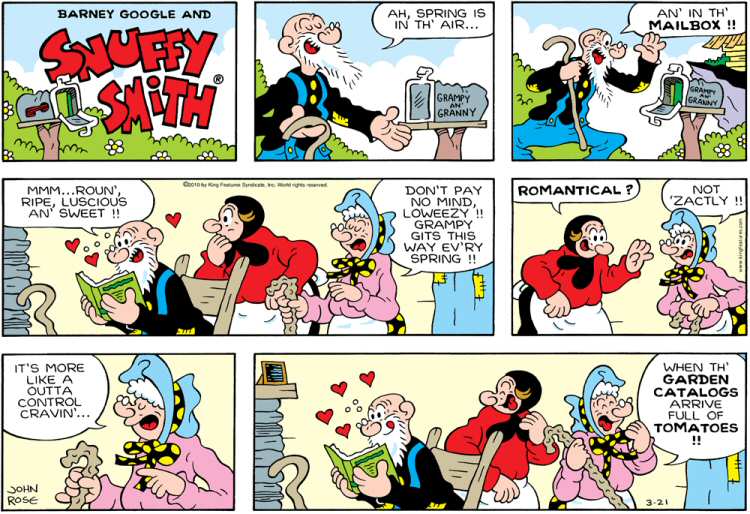