It seems my earlier suspicions — that this strip’s implacable torment has shifted from Les to Funky — has now been confirmed. Thus Les’s sheepish smirk in the final panel: he knows that every car accident or cancer diagnosis Funky is involved in means one less pregnant daughter or dead spouse for him. Holly is grinning like a maniac mostly because she knows Funky will be dead soon, and then she’ll be free, free. 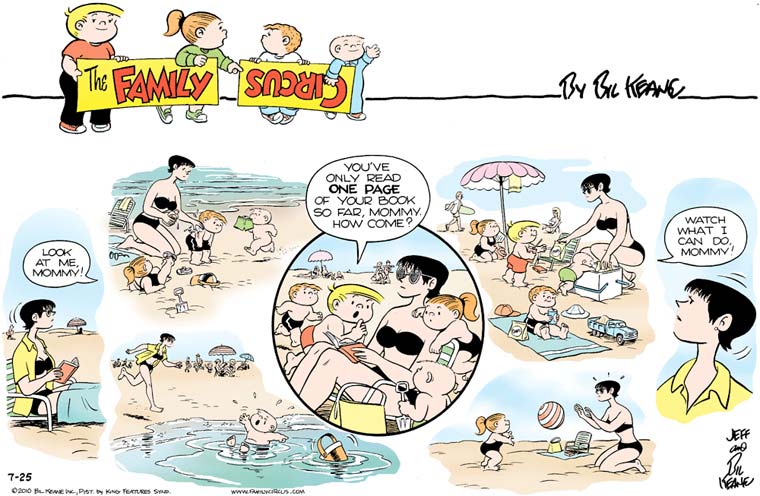 I think my favorite of the “Ma Keane is irritated by her children” panels here is the one at the lower right. In most of the other ones, she’s just intervening in momentary crises so as to prevent her arrest for child neglect and/or public nudity ordinances. But it’s when she’s forced to play some stupid ball-toss game with her feeble little daughter that the rage lines really begin to radiate from her head. “Damn it,” she thinks, “Does she never get bored with this inanity? I’ve been trying to work my way through this damn novel for the last eight years!” 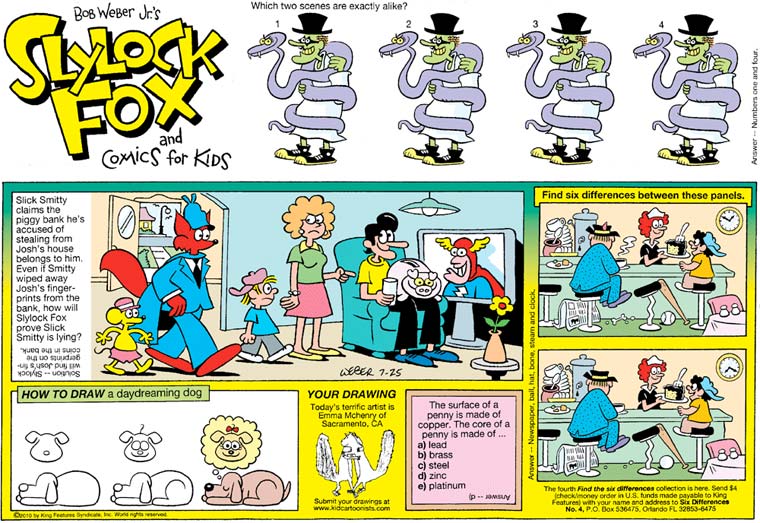 I’m pretty sure this is the first time I’ve ever seen Slylock mediate in a human vs. human dispute. It goes to show how low the status of H. sapiens has fallen in this nightmare world of bipedal talking animals that the Josh family would be willing to turn to a canid law enforcement. If I were Slick Smitty, my defense would be that I was trying to protect the boy’s delicate mental health, as waking up every morning to find that piggy bank grinning at you like that is a guarantee of nightmares and insanity.

Meanwhile, in the six differences, a little boy has extorted some free cake out of the local diner by bashing one of the counter’s stools with a baseball bat. “Hand over the cake or this clown in the hat is next,” he growls. 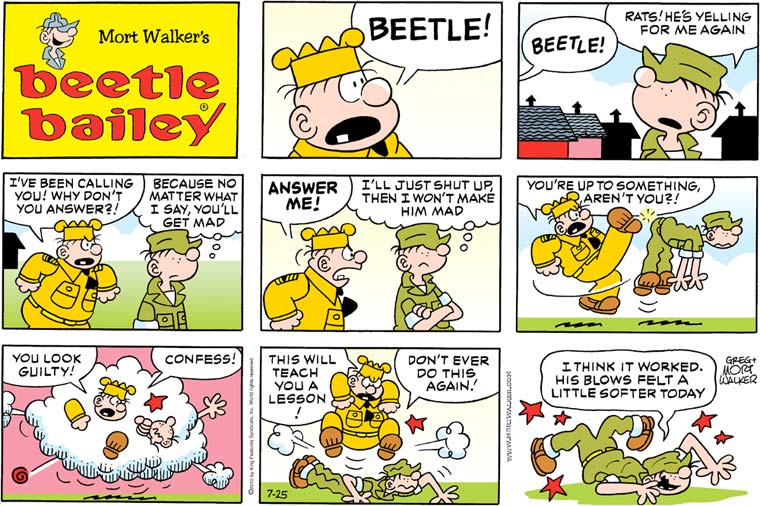 As part of its atonement for years of making light of sexual harassment, Beetle Bailey has begun putting out a series of PSA pamphlets on social and relationship issues. This one is called “How to tell when you’re in an abusive relationship.”