I know this is a superhero comic, where heroes and villains typically engage in expository banter in mid-battle, and science is routinely ignored when not actively being laughed at. Still, everything about Morbius’s little soliloquy irritates me. I mean, the guy went through some quasi-scientific metamorphosis that made him an actual vampire (a “living vampire,” he calls himself, which, I can’t even deal with that right now) and apparently lightened his bones, but … he can’t fly? I mean, why stop short of flight? Too unrealistic? Or, worse, do the writers think they’re being somehow more accurate to bat anatomy and locomotion? Because, you know, bats really are the only mammals that actually fly. Morbius didn’t get his powers from experiments with flying squirrels, did he? I don’t know why I expect any such attention to detail from a strip that routinely describes spiders as insects, but it still galls me.

Well, Trixie, it’s because your dad’s bowling has less to do with “bowling” and more with “not spending time with his family, because you’re all unbearable.” I’d make some joke about how Hi is having a secret affair, but it’s more likely he just goes to a bar and drinks in blessed silence for most of the evening.

Man, that bird looks awfully pleased with itself. “Yeah, I totally crapped on that hillbilly lady’s head! I’m pretty cool.” 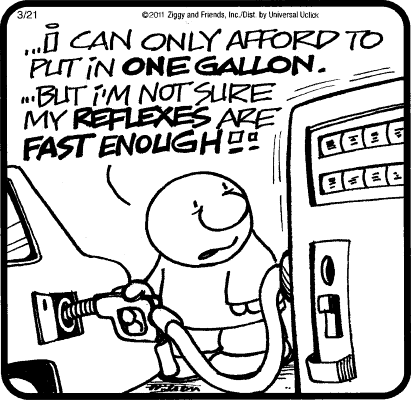