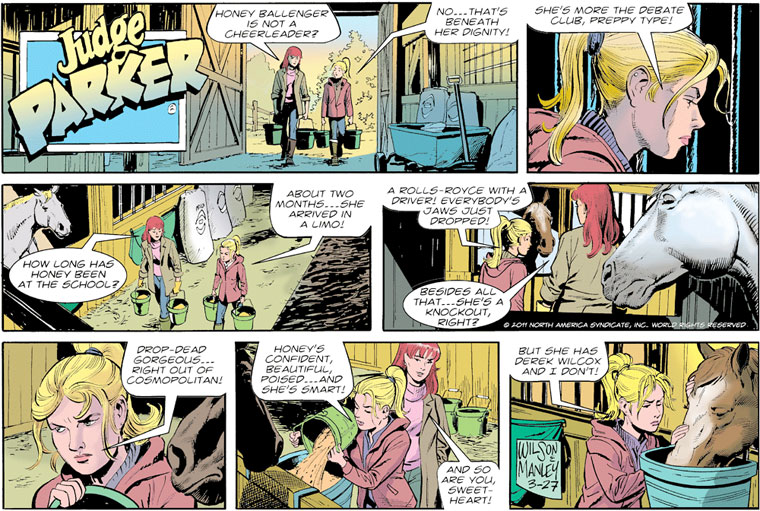 Ha ha, Sophie is absolutely justified in being so angry! In her attempt to throw off the shackles of nerdom, she put an awful lot of effort into seizing a spot on the cheerleading squad, a goal she achieved by a combination of grass-roots mobilization and awesome, albeit off-panel, physical prowess. Only now she discovers that dork stuff like debate club was the key to popularity all along! I have to say that my four years of high school debate did not win me the affections of anyone with a hilariously WASP-tastic name, but maybe that’s just because I wasn’t ludicrously wealthy. In fact, that’s probably the real source of Sophie’s rage here. Sure, the Spencer-Driver clan is the wealthiest in the state, but what’s the point if you don’t engage in vulgar displays of affluence that improve your social standing? Sophie won’t be satisfied until Abbey allows her to top Honey Ballenger’s dramatic entrance; look for her to arrive at school on Monday carried aloft on a litter, surrounded by dozens of family retainers on horseback. 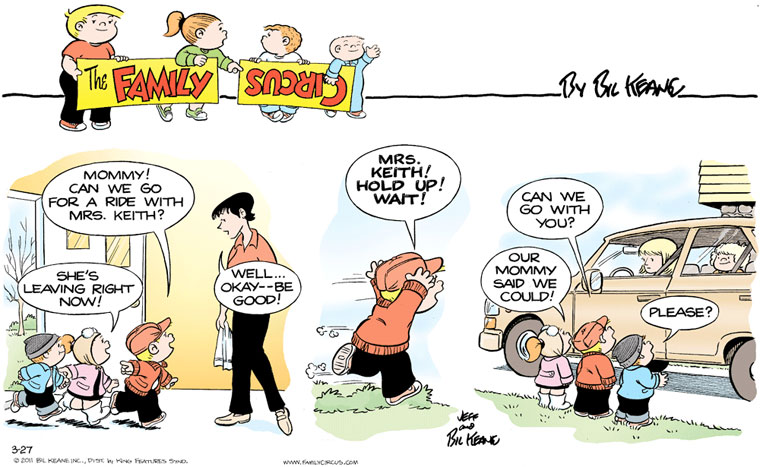 I’m not sure which is sadder: that the Keane kids are so excited by the idea of driving around their dreary suburb with a vague acquaintance that they’re willing to bend the truth to get permission to do it, or that the lone Keith child looks positively ecstatic at the prospect of sharing the car with the three noxious melonheads. How grim her life must be! 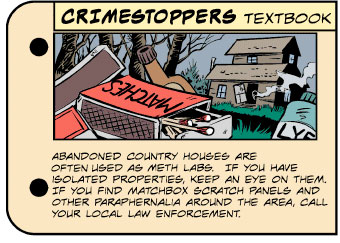 Wow, kudos to the new Dick Tracy team for bringing the Crimestoppers Textbook up to date with modern skullduggery! I’m not sure how many regular Dick Tracy devotees also own extensive collections of vacant rural real estate, but still, I’m impressed and I learned something. (Matchbox scratch panels? Who knew?) 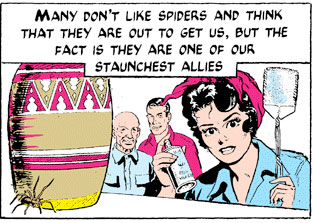 I love Mark and Doc’s smug smirks in the background as a terrified, bug-eyed Cherry works herself up for battle against the spider menace. “Gee, Doc, should we tell her that she’s trying to kill one of mankind’s allies?” “No, Mark, we’ll explain it after she wipes out all the spiders and then the cabin is overrun by the vermin the spiders would have eaten! It’s the only way she’ll learn!”

Slim finds the concept of physical intimacy with his wife distasteful, but he dreams of a future as a high-priced prostitute.