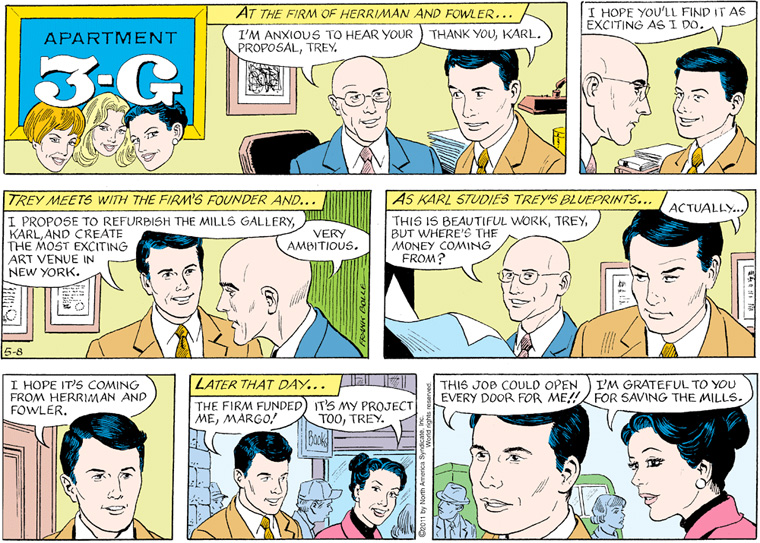 As near as I’ve been able to tell, Trey has big plans to remake the Mills Gallery in a retro-Art Deco style, and has managed to convince his firm to underwrite the project rather than actually be paid by the client who will benefit from the makeover. Now, I’m as bored with both enormous, inhuman sheets of glass and exhaustingly whimsical Gehry-esque postmodernism as the next guy, but I’m not sure the solution is just to gin up some kind of throwback visual language and turn a perfectly nice art gallery into a slightly more upscale Johnny Rockets. And I’m definitely certain that anyone whose big idea for architecture revolves around nostalgia shouldn’t be displaying the sudden and unsettling delusions of grandeur that Trey is throwing off in the last two panels. Only one person in Apartment 3-G is allowed to indulge in that kind of unjustified megalomania, Trey, and you’d better ratchet back if you ever want to sleep with her again. 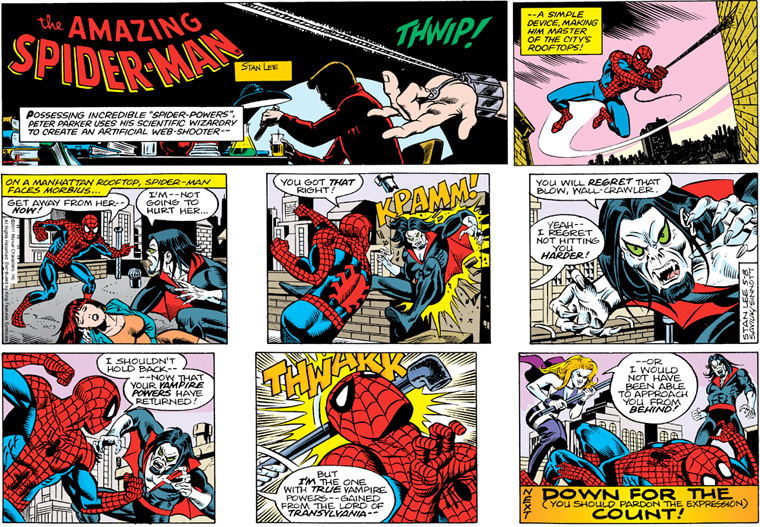 Ha ha, any day where Spider-Man gets bonked in the back of the head with a club-like object is a good one! But Martine shouldn’t be so proud of whatever vampire power she believes defeated our hero’s spider-sense, since the exact same attack has in the past been successfully executed by some random criminal henchman and a snooty butler, neither of which were undead bloodsuckers, as near as anyone could tell. 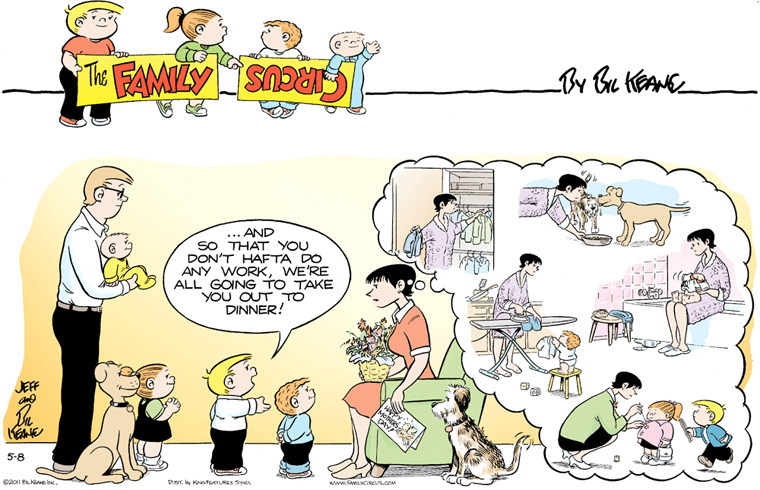 Ha ha, Mommy! Your worry-wart fantasy shows that you’re starting from a false premise: You apparently believe that your family is taking you to a nice restaurant for Mother’s Day. There’s no need to dress the kids in nice shirts — or indeed in any shirts at all — if you’re just ordering at the drive-through window!

In other news, Hagar’s wife Helga appears to have completely lost it.