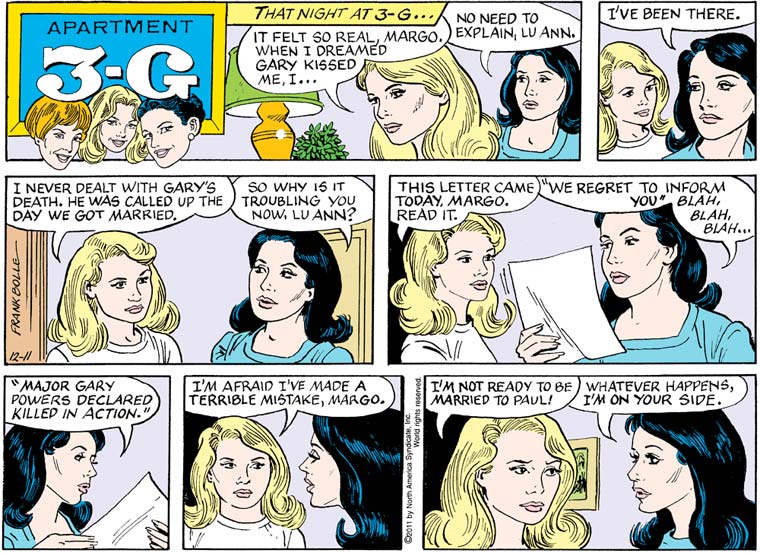 As usual, Sunday’s A3G just rehashes the plot from the previous week, but it’s still worth lingering over, not least because it showcases the disturbing truth about this storyline: that Lu Ann has, through at least two engagements, still been legally married. I mean, surely she’d written Gary off as dead in her head for years, but unless she or the military moved to have him declared legally dead … then she’s still married, right? Even One-Armed Becky in Funky Winkerbean waited until her missing husband was (incorrectly) declared dead before moving on. The fun potential upshot of this is that maybe Paul’s creepy dad was right to freak out about Lu Ann’s marriage certificate, if there was no legal indication that her marriage was over.

Even better than all that, of course, is the fact that Margo is “blah, blah, blah”ing her way through the letter from the Air Force about Lu Ann’s dead husband. Hey, doesn’t the military usually send someone in person to tell you your loved one has been killed? It would have been fun if two uniformed airmen had come to the apartment and Margo had been there as they launched into their spiel and said “Yadda yadda yadda, boys, get to the point, we don’t have all day.” 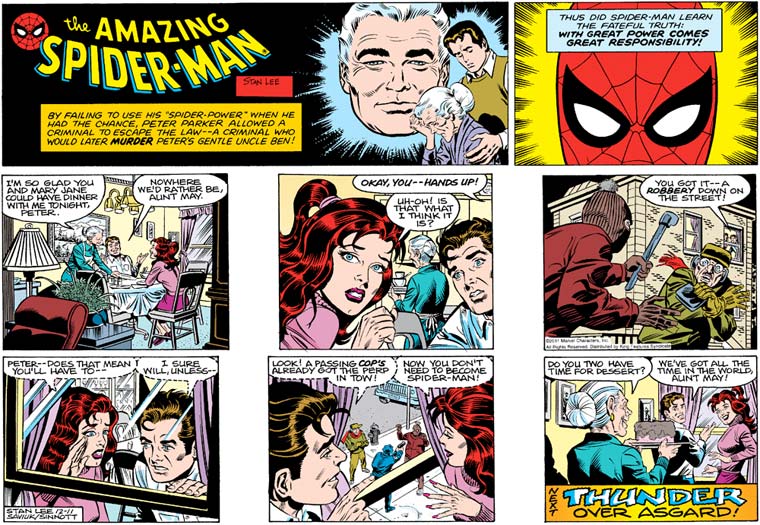 Just another Sunday of non-heroics, from … the Amazing Spider-Man!!!! When law enforcement can’t keep the streets safe, he will! But law enforcement actually does a pretty good job, most of the time, so he’ll just continue to enjoy a pleasant Sunday with his wife and aunt, thanks. 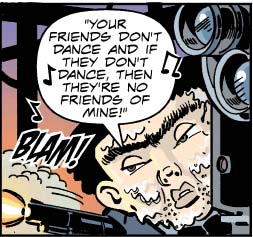 If you’ve ever said to yourself, “Enh, I’m not going to give the new revamped Dick Tracy a chance until it inexplicably includes a panel featuring a villain quoting from Men Without Hats’ 1982 smash hit ‘Safety Dance,'” then you are officially out of excuses, my friend.