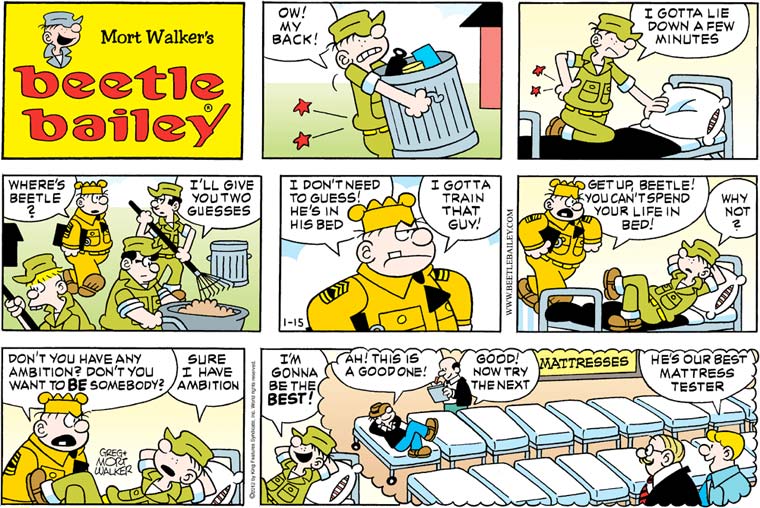 This is another strip where the top row of throwaway panels — so called because they’re often discarded by newspapers to cram the strip into various arrangements — completely change the tenor of the strip. Without those first two panels, we have the story that we’ve always been sold about Beetle: that he’s smugly and pathologically lazy. But with those added strips, we see that he only spends as much time as possible in bed because he’s in constant physical pain, no doubt because of some combination of forced manual labor and the beatings he receives daily from Sarge. So too his final panel fantasy becomes much more poignant: it doesn’t represent some kind of apotheosis of sloth, but rather his dream of a job that helps alleviate his all-pervading agony. 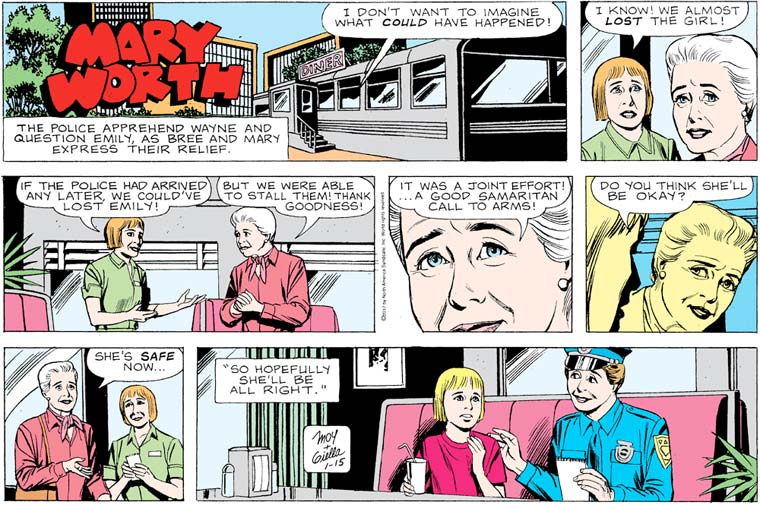 So Mary Worth and this waitress have basically been congratulating themselves on saving Emily since about Tuesday, and you know how sometimes something irritating in small doses can become awesome in mass? That’s pretty much how I’m starting to feel about this. I’m hoping the two of them just keep saying this stuff back and forth for another week or two. “Do you think she’ll be OK?” “Hopefully! But the real important thing is that we saved her, together, as a team! We’re amazing!” 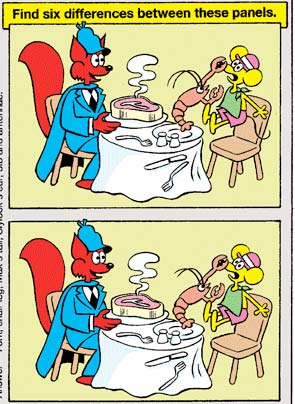 I don’t know what I like best about this: that the sentient lobster is making a desperate bid for freedom to avoid being eaten by the sentient mouse, knowing that it’s either kill or be killed, or that Slylock finds the whole thing so amusing. “Ahh! Ahh! Ahh! It’s tearing my nose apart! For the love of God, Sly, why won’t you help me?” “Heh, heh, Max, looks like you’ve bitten off more than you can chew! Should have had your food-animal killed and slaughtered before you tried to eat it, like I did!”