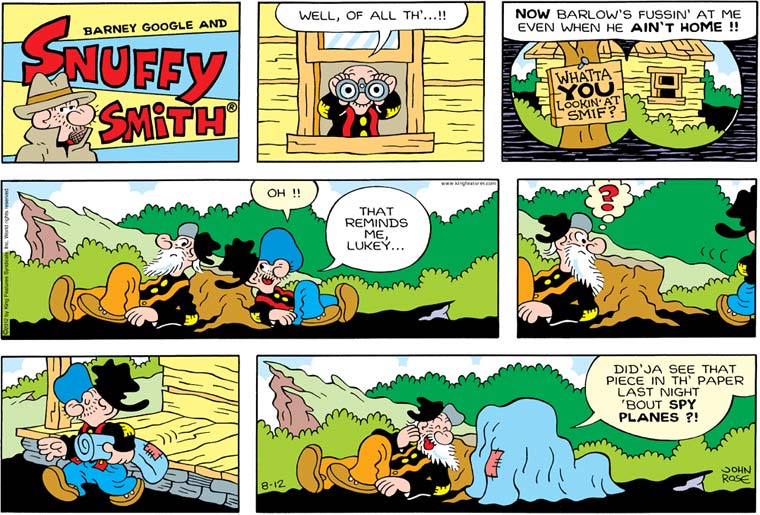 You know, I had always assumed that Hootin’ Holler was simply a community that was isolated from mainstream American life due to some combination of geography and poverty. But perhaps it really represents a voluntary intentional community of people who moved into the deep woods to avoid the omnipresent eyes of the modern security state? This of course makes even intracommunity relationships complex; the throwaway panels demonstrate the heightened expectations for privacy held by Holler residents. And now word has filtered in from the outside that the state’s advanced technology has rendered the protection offered by their isolation obsolete, which may precipitate a community crisis. 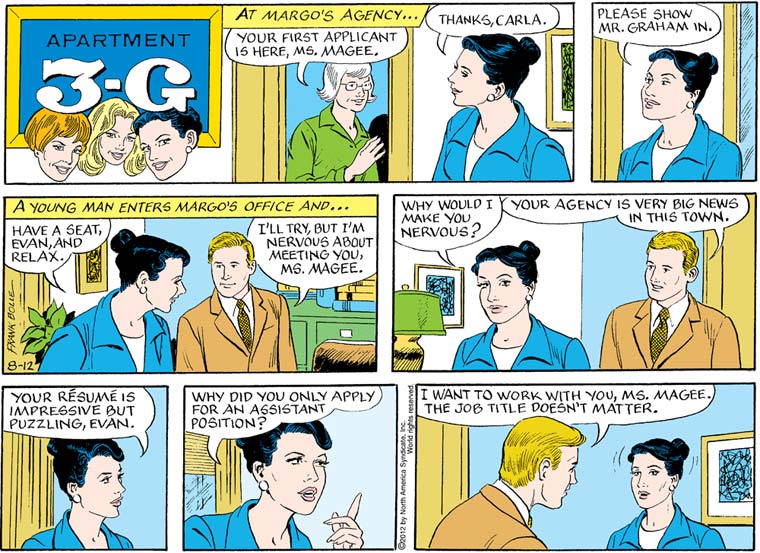 Ah ha, now the truth about Evan’s weird job interview stylings comes out! PRO TIP: If you are applying for a job because you have developed a crush on a lady who you saw profiled in a PR industry weekly e-mail newsletter, maybe don’t let her in on this until you’ve made yourself indispensable to her. By the way, Margo had an assistant for her (now defunct, apparently?) party-planning business; his name was Sam and he had to do demeaning things like reuse helium balloons and eventually he just sort of vanished, so, you know, watch yourself Evan.

Here’s a quick demonstration of the differences between the two Funkyverse strips. When characters in Funky Winkerbean want to spoil a perfectly good time at the county fair, they do so by dwelling on inchoate existential dread. When characters in Crankshaft do it, they do so by giving voice to intrusive and out-of-proportion anxiety about very specific crises, and by engaging in awful wordplay.