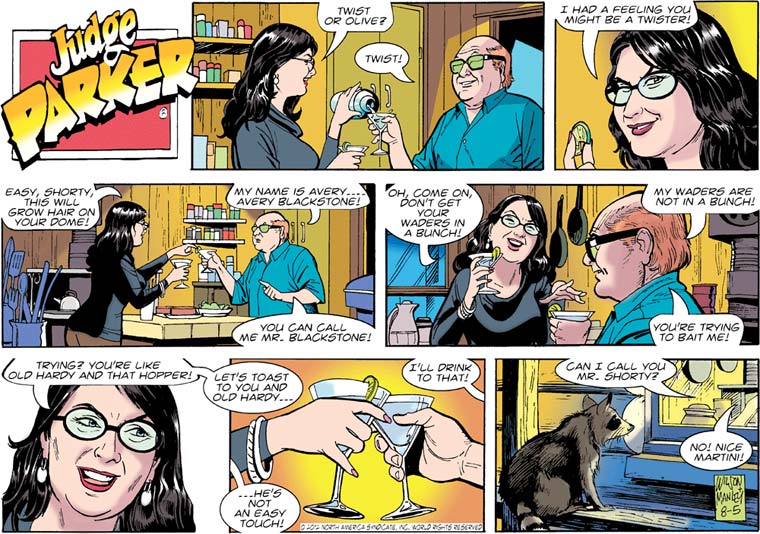 The first time I saw Alfred Hitchcock’s The Birds, it was at the tail end of a big Hitchock binge, and so one of the things I found most striking about it was that it was about half of a typical Hitchcock movie. Which is to say: As in most of his movies, we get a cast of quirky character trading snappy dialogue, and start to get a sense of dysfunction underlying their interpersonal dynamics. Usually, the story’s excitement would emerge from these relationships fairly early in the movie; but in The Birds, whatever plot you think is brewing is suddenly and violently pushed aside by an incomprehensible apocalypse, as (uh, spoilers, I guess) every bird in the world suddenly goes insane and starts attacking humanity. It’s well and truly shocking in particular if you’re a Hitchcock fan, because you watch one of his meticulously constructed universes suddenly shatter under assault from an external force that is never explained.

This is a long way of me saying that, if the current round of enjoyable but predictable Judge Parker antics were abruptly interrupted by a terrifying and bloody raccoon revolution, I for one would be fully in favor of such a development. 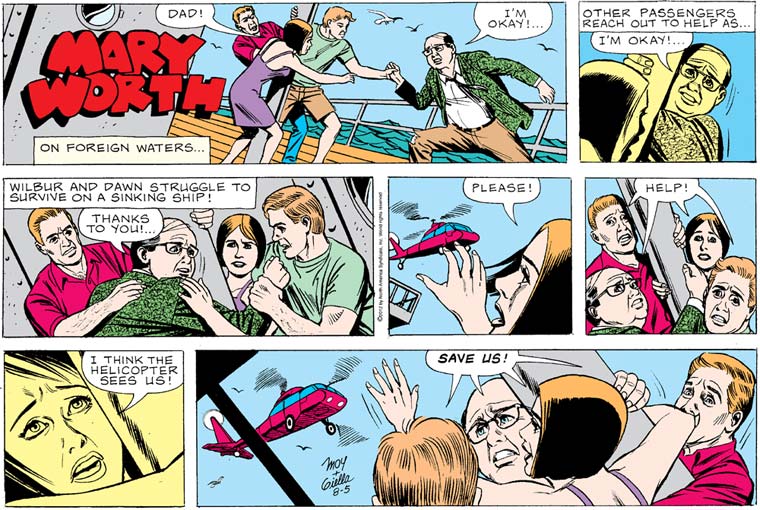 Guys, sorry I left you hanging on the Mary Worth boat-plot — metaphorically, I mean, not literally hanging off the side of a listing cruise boat, like these guys. Anyway, Wilbur didn’t fall to his death and it looks like our gang will be rescued by a helicopter instead? Which, call me a swimming-snob if you must, but is it really easier to pluck half a dozen terrified passengers from the tilted deck of a rapidly sinking ship than it is for those passengers to, say, swim the length of two swimming pools through warm coastal non-oceanic water to safety? Tell me I’m crazy! Am I crazy? 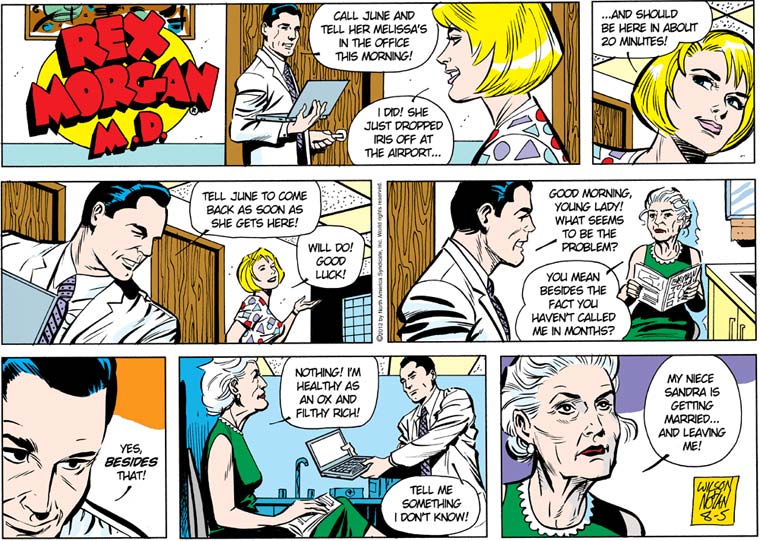 I’ll probably get sick of “Rex Morgan smiles to himself while taking flack from sassy old people” plotlines at some point, but for now, I say bring ’em on! “Tell me something I don’t know!” Rex says to Melissa, trying to figure out how to get into the space suddenly left open in her will by her ungrateful niece. 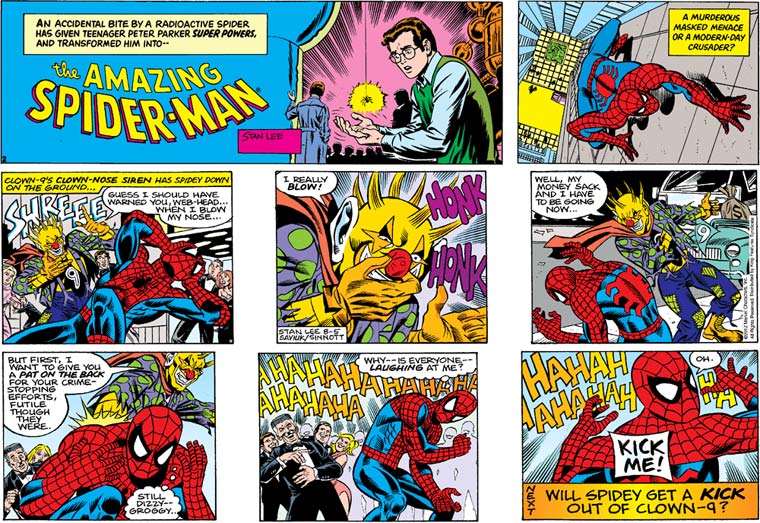 As if you couldn’t tell from the entire run of Newspaper Spider-Man to this point, spider-sense can not predict or protect against public humiliation.