Oh, Slylock, I just don’t get you! You’ve always shown that you have nearly unlimited powers to arrest and jail anybody you want based on even the flimsiest of circumstantial evidence. So now that you’ve caught the Wolf red-pawed, why are you going for this clever/wimpy put-salt-in-the-ice-cube-tray-so-the-water-won’t-freeze business? Perhaps he’s hoping that, by causing the Wolf’s plan to fail for reasons he won’t be able to comprehend, he’ll break the villain psychologically and leave him putty in the hands of law enforcement. Or maybe Slylock just doesn’t trust Max to do anything? That seems likely. 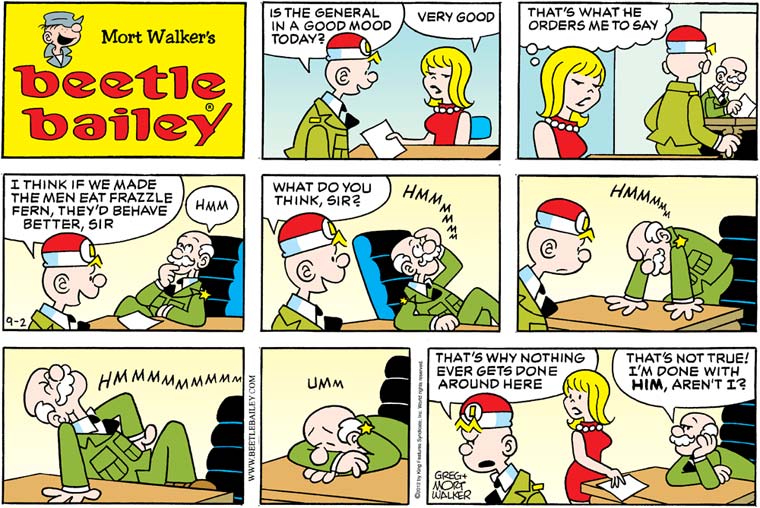 “Made the men eat frazzle fern” sounds like a nonsense placeholder phrase that was put into the dialogue with the intention of replacing it with something that was funny and made sense but then nobody did that because, it’s just Beetle Bailey, you know? And General Halftrack’s theatrical “Hmmmm”ing is drawn out about two panels too long. Still, though, Miss Buxley’s sad face in panel two as she muses on the web of emotional lies she’s been ordered into will haunt me for days. 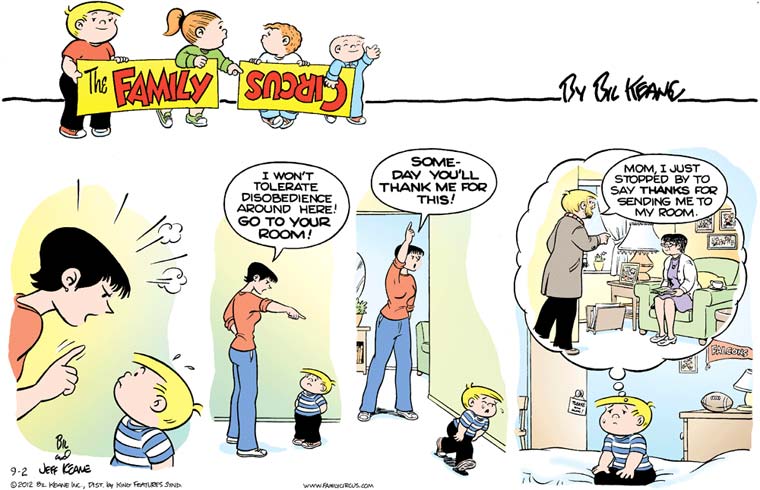 I love how sad Billy looks in the final panel as he imagines his inevitable transformation into a goody-goody adult. “God, way to be a suck-up chump, future me!” 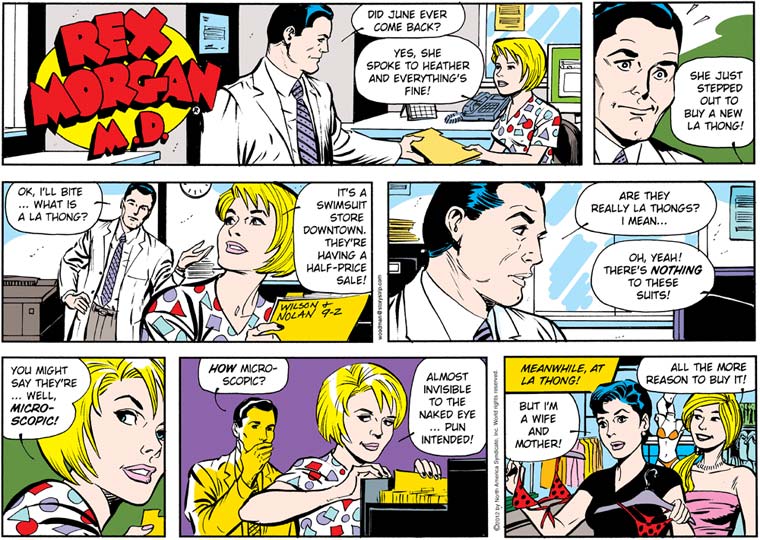 (Happy Labor Day, everybody! I will probably have Monday’s post up sometime Monday evening, or maybe Tuesday morning. See ya then!)