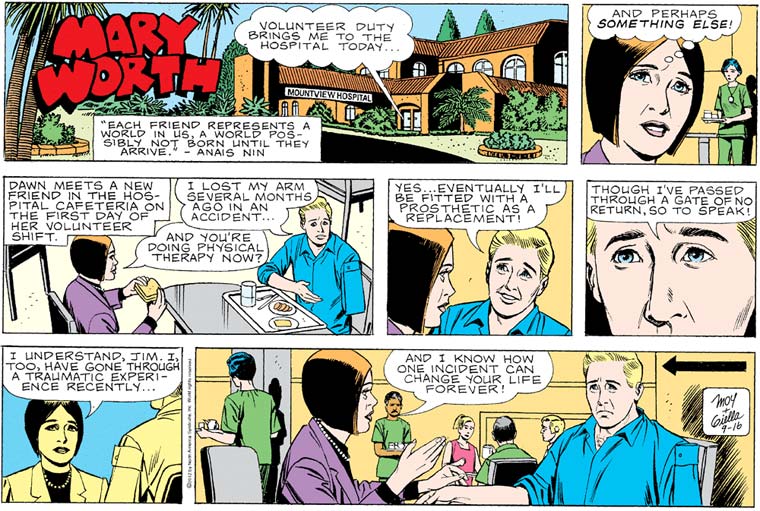 The “Dawn gets dumped and mopes and goes to Italy and is in a shipwreck but is rescued” storyline sure has had a lot of twists and turns and so far, but now we are truly seeing the 100% amazing payoff: Dawn is comparing an admittedly traumatic incident from which she emerged completely unscathed physically with a traumatic incident in which a young man whom she just met lost an arm. Her adventures over the past few weeks sure have provided her with some much-needed perspective about her troubles! Nevertheless, we already know that this will somehow work as a pickup technique, since an epigram from Anaïs Nin surely portends incipient sexytimes. 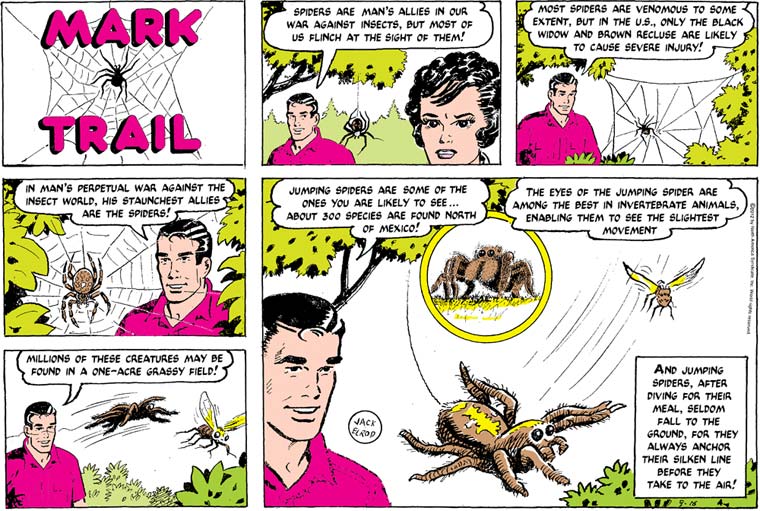 Mark, for a so-called naturalist, you have some funny ideas about our relationship with phylum Arthopoda! Nature is a rich, vibrant tapestry, and the idea that humans and spiders are allies in some kind of “war” against insects is simplistic and reductive. No, clearly both spiders and insects are mankind’s implacable enemies, seeing as they are gross disgusting creepy-crawlies; but their mutual hostility is a boon to us, and we must pit each against each other in order to keep both groups weak. A spider-insect alliance, particularly one with support from their centipede and millipede relatives, would surely overwhelm us, so must surreptitiously encourage intra-arthropod hostility at all costs. 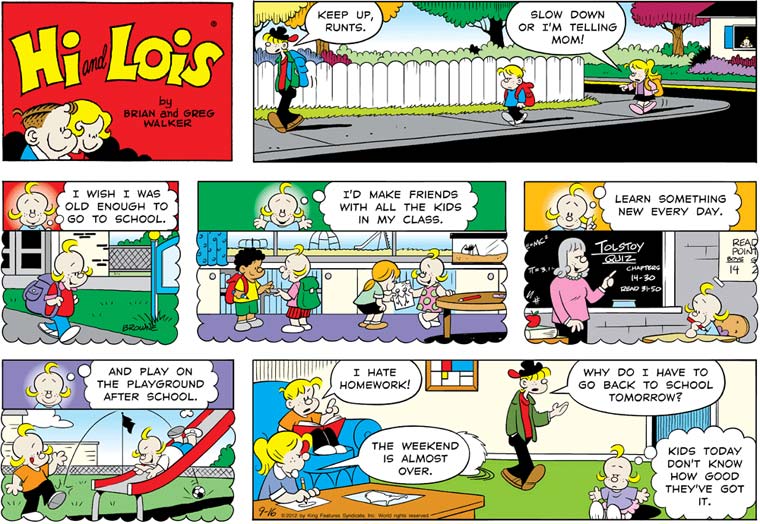 The most disturbing thing about Trixie’s school fantasy is that she apparently assumes that by the time she’s of school age there will be two of her. This may be the way her infant mind processes the existence of her twin siblings — perhaps she believes that Dot and Ditto were born as a single person but then split into two before the age of five. On the other hand, Trixie also seems to believe that she’ll be reading Tolstoy in kindergarten, which shows a certain degree of intellectual precocity. 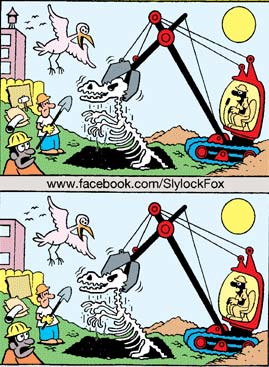 I love how upset the two construction workers at the bottom left of today’s Six Differences look. “Noooo, what are you doing? Your blundering, amateurish excavation techniques are ruining the integrity of the dig site! This is a priceless paleontological find, but we’re losing so much data as you drag the fossils out of the ground willy-nilly!”

Mr. Fogarty would gladly give up the burdens of sentience if doing so meant that he’d never have to deal with any of the morons in this strip ever again.