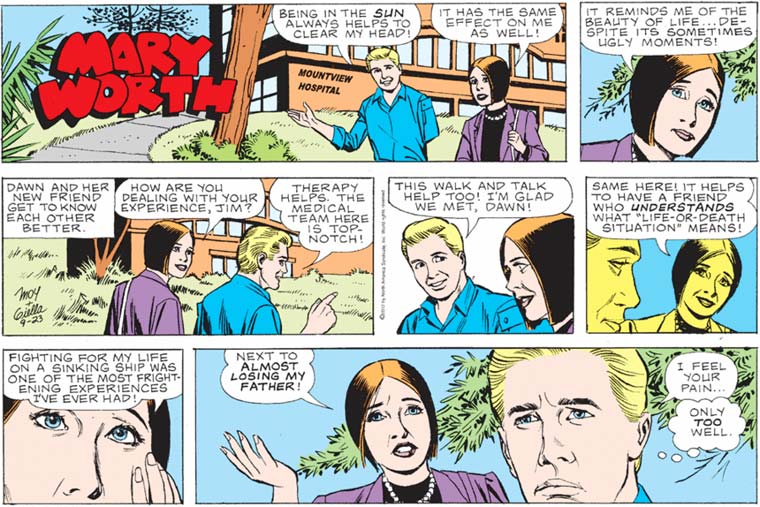 One of the things we’re getting to know about Dawn’s armless new friend is that he’s kind of into one-upmanship. Like, oh, Dawn, did you experience a harrowing ripped-from-the-headlines boat accident that suspiciously resembles the Costa Concordia disaster? Well, Jim experienced a harrowing ripped-from-the-headlines ferry accident that suspiciously resembles the Staten Island Ferry disaster from 2003, during the course of which he lost a limb. And Dawn, did you almost see your father die during your nautical crisis? Well, if today’s thought balloon is any indication, Jim actually lost his father during his! Give it up now, Dawn, he’ll be doing this to you forever if you fall in love! 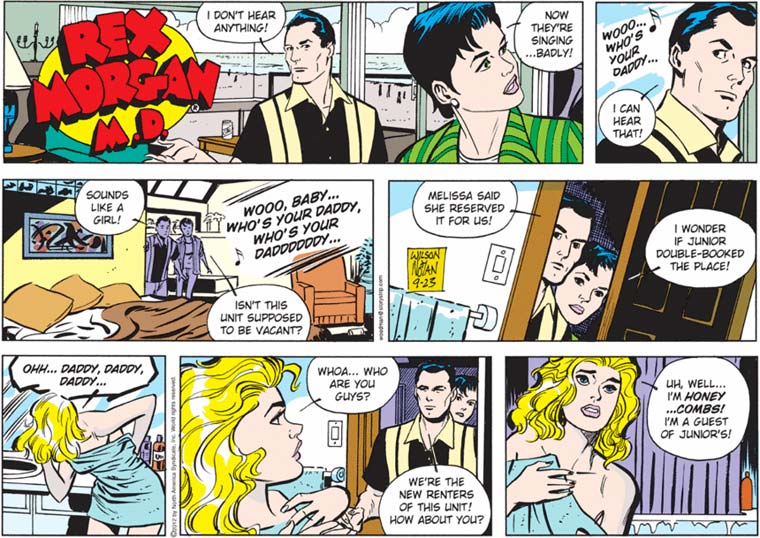 Uh oh, looks like the apartment where Rex and June are supposed to be staying while they check up on a patient’s San Diego investment property is occupied — by a hot naked lady! Wasn’t … wasn’t there a Rex Morgan story where some semi-naked lady was in the Morgans’ house, by surprise? I’m really pretty sure of this, but I find the prospect of trying to suss it out of my archives strangely exhausting.

You guys, Crankshaft’s irritating malapropisms aren’t just the detritus of a mind slowly slipping away into dementia! They can also help distract other family members when they threaten to wallow in unbearably moralistic nostalgia for a world that never existed. 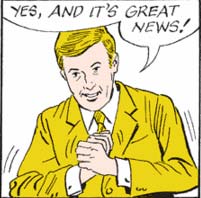 As usual, Sunday’s Apartment 3-G just rehashes the previous week’s plot, but we do get this bonus shot of Evan making fart noises with his hands.