If you somehow encountered this Momma comic in complete isolation, not being familiar with its characters or narrative conventions, you’d probably be pretty confused by it, right? I was pretty confused by it myself, at first. I guess it’s supposed to mean that Momma has been answering the phone, and Ed thinks that Momma is an answering machine, because … he’s a moron? Which I guess means that Marylou lives with Momma? I suppose that I’m one of the very few people in the world who ought to know the living arrangements of the characters in Momma for his job, but I confess that I actually am pretty surprised by this. We all know that Francis lives in a disgustingly filthy apartment and Thomas and his wife live in their own house where they can have sex with each other in private, or so they think. I guess I always just assumed that Marylou had her own place. I think … I think there ought to be more Momma-and-Marylou-drive-each-other-crazy jokes to be gotten out of her still living at home? No, wait, I don’t mean to suggest that Momma do more of any specific kind of joke, or indeed any jokes at all. Forget I said anything. 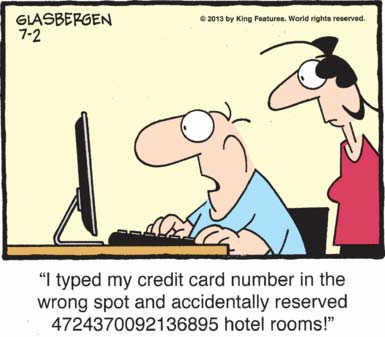 Hey, everyone, Stanley just read his credit card number aloud, right here in the newspaper/on the Internet, where everyone can see/hear it! Why not try buying things with it? Just change a digit or two! Sure looks like a credit card number to me! 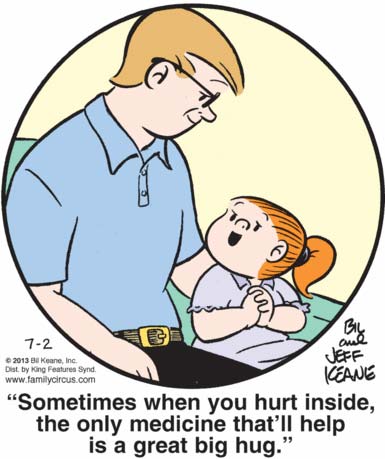 “But sometimes when you hurt inside it’s because you’re bleeding internally, and then hugging makes it worse. You can tell which is which by the screaming!”