I know you’re all wondering what happened to Mary after she got viciously shoved right in the middle of Central Park. Turns out that she was rescued by the timely intervention of hunky silver-haired Broadway legend Ken Kensington, one of Mary’s top celebrity crushes! Usually I’m in a favor of anything that would put a definitive end to the sad, sexless non-relationship between Mary and Dr. Jeff, but this whole meet-cute scenario is a little too neat for my liking. My guess is that Ken used his theater world contacts to find out-of-work non-equity actors willing to play any role at any price … even if that role is Dastardly Central Park Mugger Who Fightens Attractive Women Of A Certain Age And Allows Ken Kensington To Swoop In And Play The Hero, and the price is far below scale. It certainly would go a long way towards explaining this facial expression: 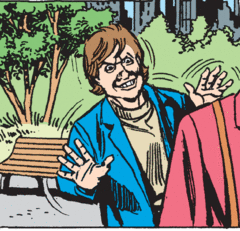 Obviously this is much less “So, it’s come to this, I’m trying to grab purses from old ladies so I can afford my next meal/fix” and much more “OK, Devin, remember your Method classes: Place yourself in the mindset of a criminal. Not just any criminal, but the most nefarious criminal madman alive! Yes, I can feel the power and insanity flowing through me! Ken says that there’s an understudy part opening in Jersey Boys soon and that he knows the director — success is so close I can almost taste it!” 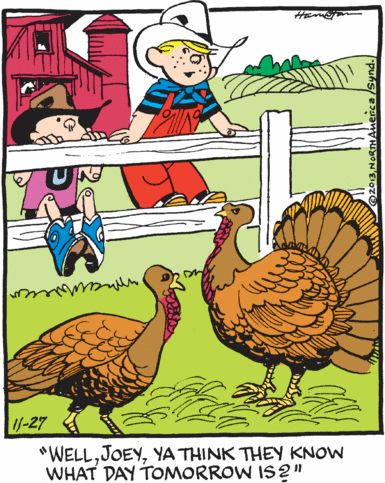 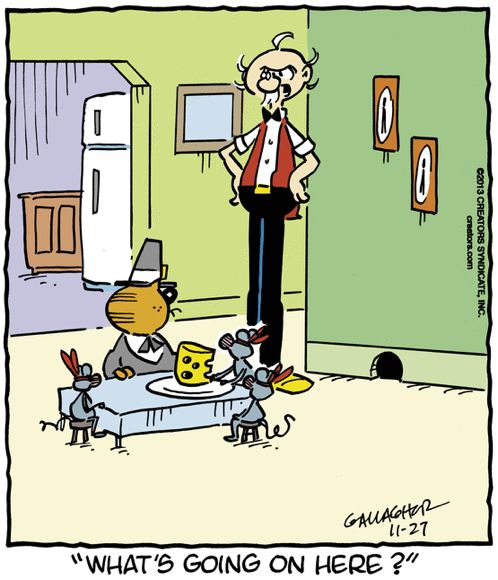 “Ha ha, don’t worry! We’re enjoying a nice dinner now, but later I’m going to kill most of them and kick the rest of them out of the house.”

Brad and Toni will have no time to paint their future bedroom or even decorate it in any way, because every single moment they spend in it they’ll just be straight-up fucking. They probably won’t even bother to get furniture or anything; they’ll just go at it constantly on top of a pile of blankets or something in a corner. Anyway, I’m going back to ignoring Luann forever, right after I get finished with the vomiting.