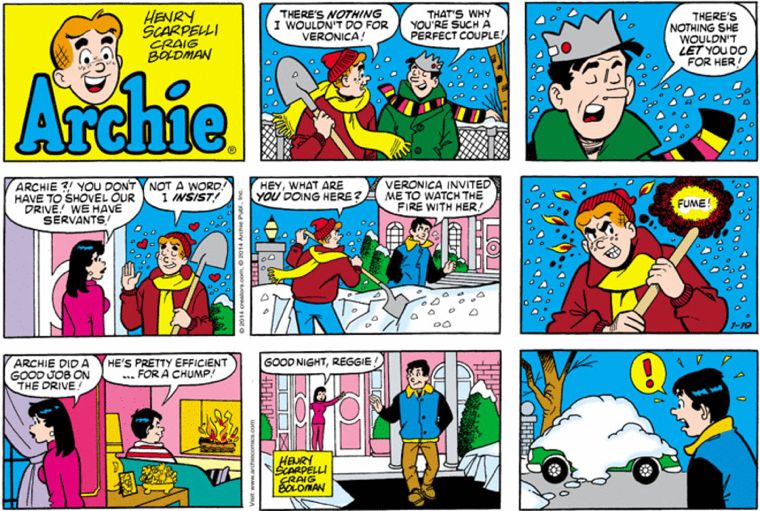 Today’s Archie is a fascinating look at the ways in which our lives are structured by the financial and emotional transactions we conduct with one another. Archie and Veronica both recognize the significance of his offer to perform unpaid labor on her behalf — even though, in her case, the only people who are being helped in practice by his gallantry are the Lodge family retainers, who presumably draw their salary no matter how much work they do on any given day. And yet generous and specific gestures aren’t the only components of an intimate life; there’s also the intangible qualities of just spending time together, as Reggie understands, to his benefit. In fact, this scenario immediately made me curious: does Reggie have the upper hand in reading this situation because he, like Veronica, is part of Riverdale’s leisured class? A quick search on Google proved that I wasn’t the only one wondering: 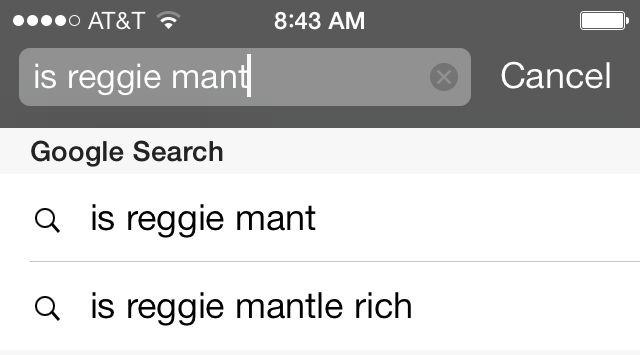 According to Comic Vine, Reggie is “medium rich,” a formulation that I find refreshingly frank. Reggie’s family probably refers to themselves as “upper middle class.” Let’s all support Comic Vine in its quest to establish a new, more honest vocabulary for America’s economic structure! 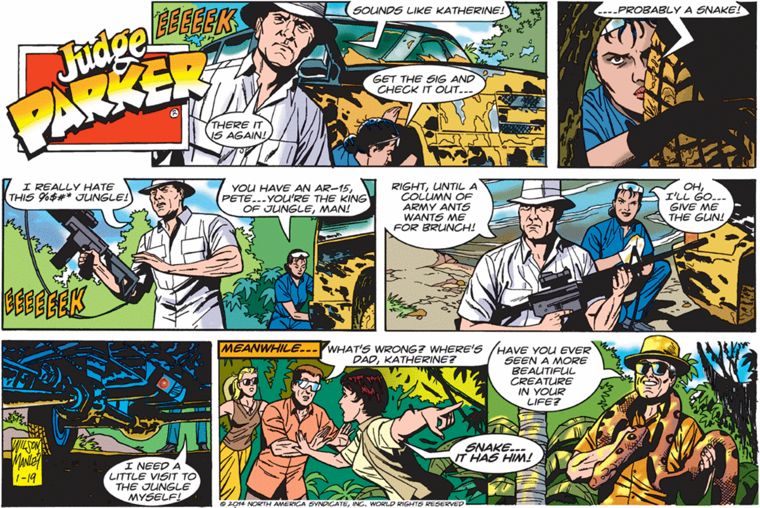 Speaking of rich people, here’s Judge Parker Senior fooling around with a deadly boa constrictor. “Ha ha, I’m a best-selling author, pillar of the community, and multimillionaire! This snake wouldn’t dare strangle me!”

I can’t remember the details at the moment, but that park bench has Special Significance to Les and Dead Lisa — I think he proposed there, or she told him she had cancer there, or all of the above? It’s depressing, whatever it is, obviously. The question: is the bench Les’s permanent phone background wallpaper, which would explain why Cayla looks so emotionally numb in panel four, or does it just appear when Summer calls, which would explain why she’s so full of rage and frustration that she can’t fully explain?