Cindy Summers had been just about the only major Funky Winkerbean character to have escaped Westview’s depressive, cancerous gravitational pull, but since her discriminatory firing, her fantasy of personal happiness is now over and God, she’s even more miserable looking about it that I would’ve imagined. Look at the loving detail on the bags under her eyes in the final panel! Has she been crying? Or is she just tired, so very tired? Anyway, I love that instead of going to one of Cleveland’s hipper neighborhoods or even to some nice, soothing chain motel where she can get her bearings, she’s chosen to have the cab take her directly from the airport to the ex-husband-managed pizza place that’s the social and economic epicenter of the dying suburb where she grew up. You can go home again. You must go home again. THERE IS NO ESCAPING YOUR HOME, NOW, AGAIN, OR EVER.

Don’t worry everyone! Gunk did not die when he leapt into the icy water to rescue dolphins! He just went into a state of hibernation so everyone thought he was dead. (We did not get similarly reassuring closure on the status of the dolphins.) Also he has now explicitly admitted that the inhabitants of Flyspeck Island are a distinct and non-human species of hominids? Look for the U.S. Navy to quarantine the place and send in teams of scientists as soon as word gets out. 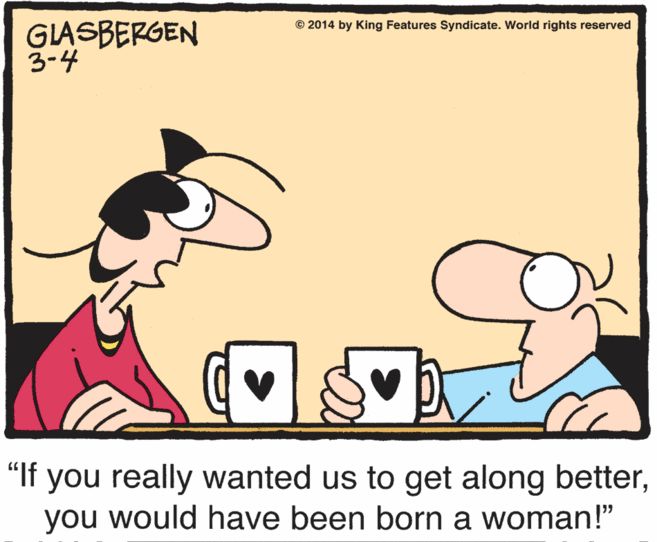 Harriet would prefer to have sex with a woman. 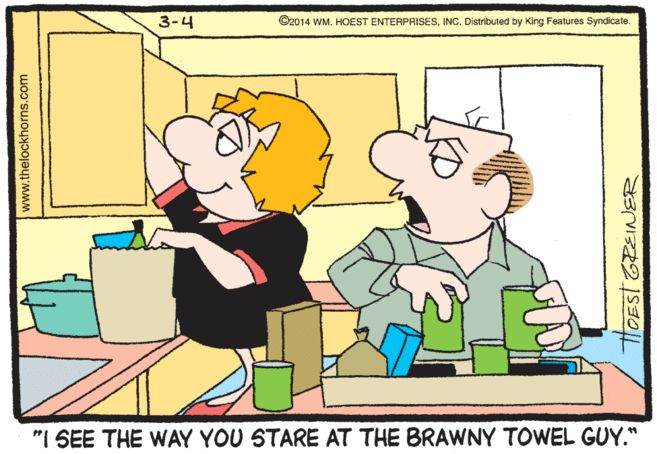 Loretta would prefer to have sex with the Brawny towel guy.