The workings of the human mind are mysterious and arbitrary. My own particular mind, for instance, struggles to remember the identities of the advanced hominids in B.C., but uses valuable neurological space to retain the names and schticks of each and every one of the bird-people of Shoe. Loon, for instance, is a sort of noble fool character whose jokes often revolve around his simplistic misunderstandings of life events. Thus, despite Roz’s Goggle Eyes of Murderous Rage here, I think we’re supposed to read his statement not as cruelty but as a harmless literal interpretation of a metaphorical product name. Still, he seems awfully sanguine for someone who casually believes that a substance exists that makes face-flesh invisible and, when applied properly, leaves its wearer’s brain and sinus cavities visible to anyone who wants to take a look.

I’ve never been in the military and I’m not a gun guy, so I could be wildly off-base on this, but my guess is that Sarge is less mad about Gizmo’s unauthorized but high-tech modifications to his rifle and more about his appalling attitude towards weapons safety, since he appears to be casually pointing the barrel without really looking in the direction of his fellow soldiers (and, more specifically, in the direction of Sarge’s crotch).

Last year we breached the narrative space-time barrier between Crankshaft and Funky Winkerbean, two strips existing in the same universe but 10 years apart, and reality wasn’t torn to shreds, so we have more of that to look forward to, I guess? It appears that the current dullsville “Cory’s mom looks is trying to complete his comic book collection while he’s in Afghanistan” plot is going to dovetail with the even snoozier Crankshaft “Jeff finds his beloved comic books in the attic” storyline (for certain limited definitions of “story”) from earlier this month. Glad you enjoyed those comics again, Jeff! In ten years, your daughter is going to sell them to some lady. Anyway, for everyone who reads Crankshaft and hates its title character, the good news we get today is that 10 years in his future he’s ranting and raving in a squalid old folks’ home somewhere, where nobody’s listening to him. 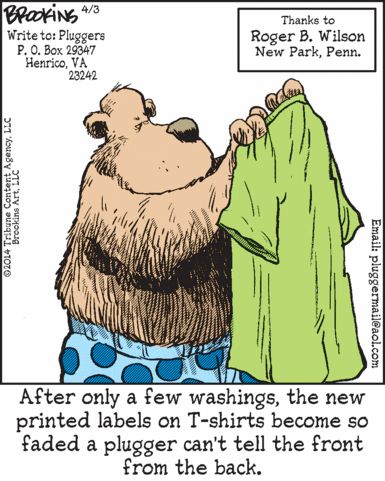