In benighted, backwards 10th century Scandinavia, where even the rudimentary medical knowledge of the Greeks and Romans either had never been learned or was long forgotten, doctors worked on some combination of superstition, ignorance, and fraud, and so patients may as well have offered their own suggestions and advice on treatment. Still, Helga seems more pleased than you’d think imagining her husband being gorily dismembered in a scene that sounds less like surgery and more like a bloody sacrifice to the violent Norse pantheon.

It’s true: working in retail may be low-paying and low-status, but it sure beats dying in a far-off colonial war when your tiny, isolated fortlet is overrun by a bloodthirsty enemy. 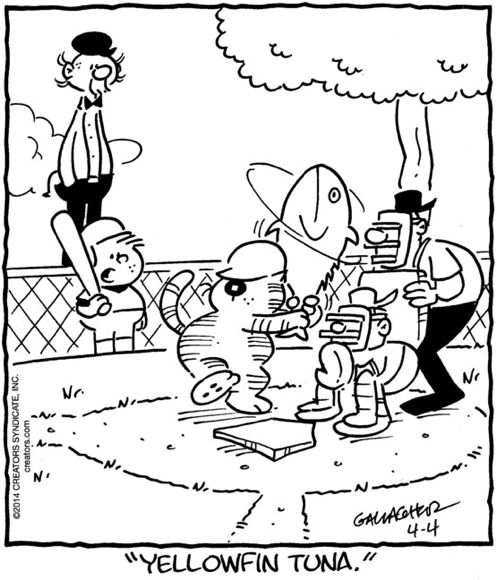 Remember when Heathcliff panels about using marine life as sporting equipment seemed to be written so as to include jokes of some kind, even if they weren’t obviously funny in any way? Well, now they’re just naming fish species. Sad, really.

I was going to make a joke that panel one here featured Tommie’s post-coital request for oral servicing from this rough-hewn large animal vet, or that Lily in panel two had become so crazed with hunger that she learned how to open a car door, but then I got a good look at Tommie’s huge, terrifying claw-flipper in the first panel, so now I’m just going to sit here and gibber wordlessly for a while. 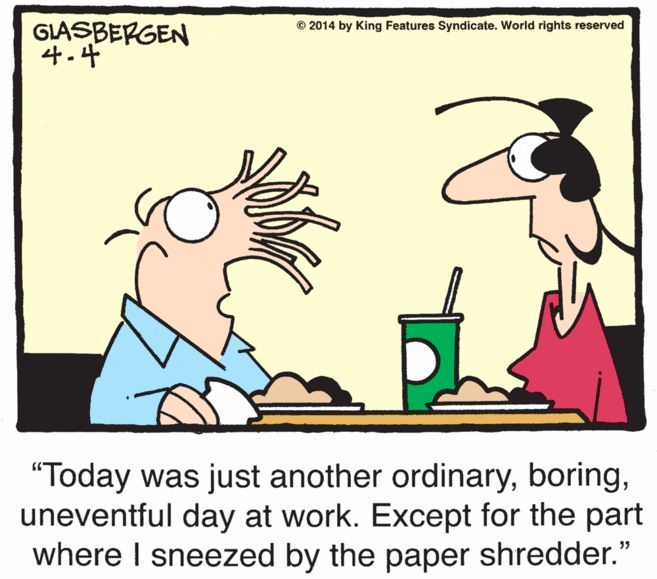 Speaking of horrifying nightmare-things, it looks like Cthulhu has finally awoken from his dreamless billion-year slumber! HAVE PITY ON US, CRUEL OLD ONE, AND CONSUME OUR SOULS WITH A MINIMUM OF AGONY