Oh, goodie, we’re back to the plot about how Les is struggling to write the script for the made-for-basic-cable version of the story of his dead wife dying of cancer! You might be forgiven for reading this and thinking that he’s just sent the script off to agents unsolicited or something. But no, he was already paid a great deal for it before he wrote it, and then he felt pretty good about writing some truly atrocious dialogue, and then he found Lisa’s diary so that he could write it even better. I guess he’s mostly mad because nobody is holding his hand and telling him how great he is? Anyway, I don’t know if I would have picked the imaginary talking cat that represents Les’s depression as the Funky Winkerbean character that would eventually start saying what we’re all thinking, but now that’s happened I’m 100% in favor. 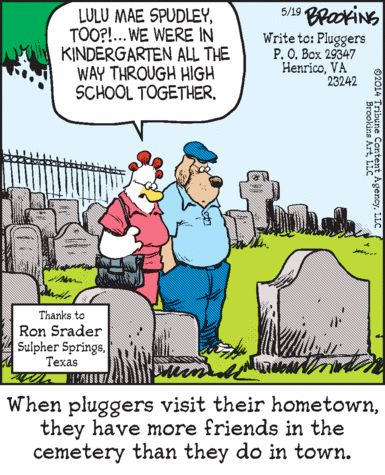 I normally don’t find the art in Pluggers particularly expressive, but I’m quite enjoying the terrified looks on the faces of our plugger-couple in today’s panel. “Oh … oh God. Death is coming for us. It’s coming. There’s no escape.” 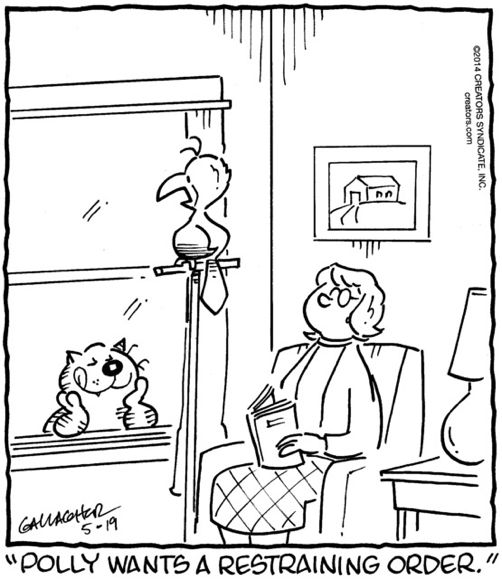