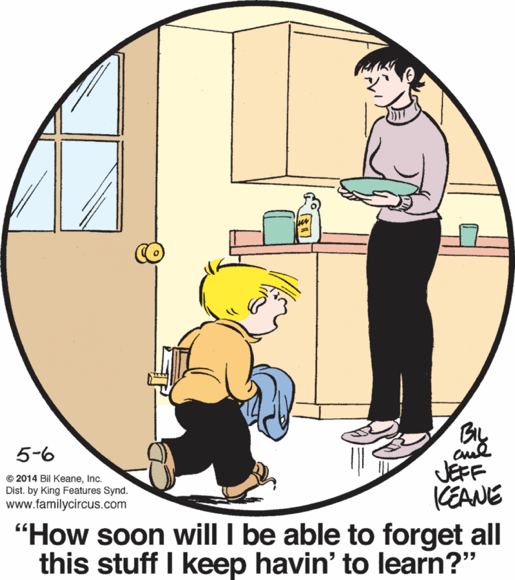 If there’s one thing we know about Billy Keane, it’s that he hates learning things. Attempts to get him up to the base knowledge of knowledge necessary for being a functioning member of society have inspired in him a range of emotions running form smoldering anger to haughty contempt. But today we see that resisting all forms of intellectual advancement is just straight-up exhausting. When will Billy get to stop fighting with the chance to learn something about the world outside himself? When will they just let him wallow in his own ignorance? How much more of this do you expect him to take?

I’ve always thought it would be a good real estate strategy to check out houses where high-profile murders or other horrible things took place, since I’m not superstitious about that sort of thing but a lot of people are, and it seems like I could get a good deal, maybe. Like, for instance, a house where a couple of children were killed and eaten! That’s what happened here, right? Because the kids in the Hansel and Gretel story killed the witch, so this is clearly an alternate scenario, but there’s no way everyone survived. Those kids were stone-cold killers. It was eat or be eaten. What I’m saying is that from a real estate perspective, that’s a much bigger problem than just the lack of candy attached to the outside of the house. The candy was probably attracting rats anyway, let’s be honest.

i don’t mean to frighten you