As promised, we are at last being treated to a genuine wild bear fight, of the sort that happens all the time in the actual wilderness, as determined by me doing exactly zero research on the subject because this is super rad and I want it to be real.

Also super rad is Mark’s completely gob-smacked expression in panel three. It’s almost as if, even though he planned to lure this wounded black bear into Rex’s territory, he never really expected it to work. Is this the origin story of New Model Mark Trail, in which he realizes that he can control the beasts of the wild, with his thoughts? 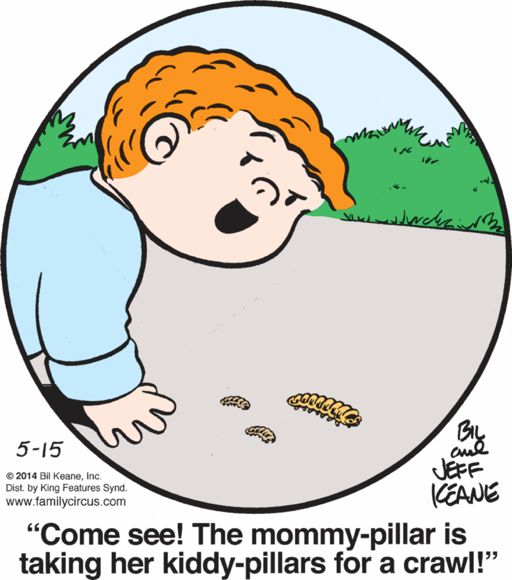 I was pretty disgusted by Jeffy’s lack of even basic science knowledge here about suborder Rhopalocera’s life cycle. But, upon reflection, I don’t think Jeffy should learn that a gross, squirmy caterpillar can eventually become a beautiful butterfly. Best not to get his hopes up, you know?