Nine years and fifty weeks ago, a young man living in Baltimore, Maryland, spent too much of every morning annoying his then-fiancée with jokes about the soap opera comic strips that he read in the physical newspaper like some sort of primitive cave-man. After following up a Mary Worth-themed breakfast bon mot with an idle boast to start a comics-related blog one too many times, that young man was told by his fiancée that he had to put up or shut up about it. And so he started “I Read The Comics So You Don’t Have To,” grabbing the URL joshreads.blogspot.com only because other variations on the title were already taken. That young man, as you might have guessed, was me. The first post went up on July 11, 2004; in October I moved the site to my own WordPress URL, and in January 2005 I change the name to the Comics Curmudgeon, and since then it’s been smooth sailing.

Ten years is a long time, especially on the Internet! It’s long enough for blogging to go from being a new, weird, mysterious thing to being something that now seems hopelessly quaint and outdated, for instance. It’s a good time to take stock and contemplate one’s life and career. For instance, here’s a couple big pieces of Josh-themed news:

All that having been said, blogging can happen from anywhere, and the soap opera strips are available on the Internet, and so I will continue to make jokes about Mary Worth until the sun expands into a red giant and/or our consciousnesses are uploaded to computers with no need for “humor.” But still, ten years is a good time for some self-indulgent self-reflection, right? So for the next two weeks, I’ll be counting down my favorite soap opera plots from each of the last ten years, because the soaps are my lodestar, the reason I got into the comics-mocking game in the first place. Those of you who’ve been around for the whole run can join me in some nostalgia. More recent converts: you are in for the RIDE OF YOUR LIFE.

The span from July 2004 through July 2005 was a magical year for the soaps, really, and it’s easy to see why I was convinced that this was a gimmick I could ride to Internet laffs glory forever. It was the year, for instance, that Margo in Apartment 3-G got kidnapped and forced to work in a garment sweatshop in New Jersey, and was subjected to this famous command: 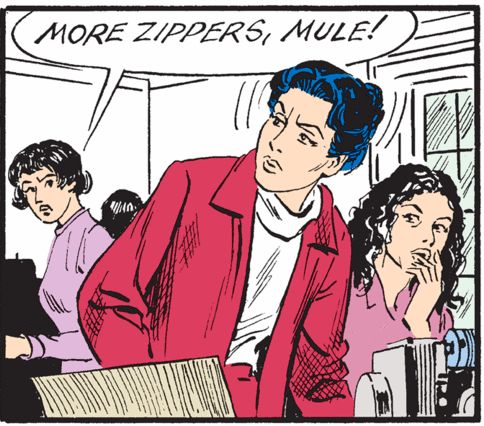 It was also the year we learned that, no matter how square he may seem, Mark Trail knows what cocaine tastes like. (Later he was thrown to the sharks.)

But the soap-wise, the first year of this blog belonged to one man: Tommy the Tweaker. 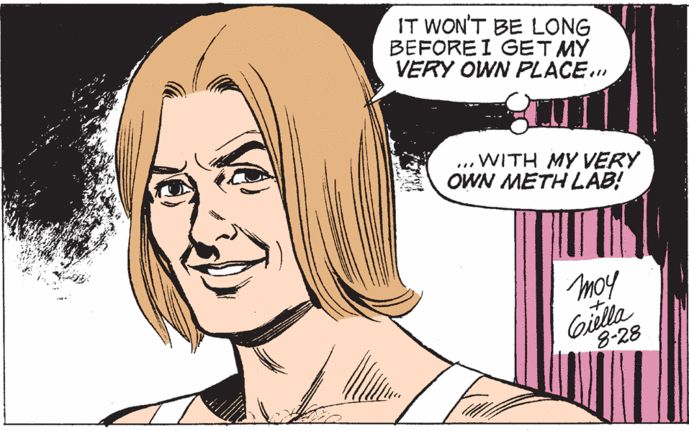 Tommy was an extremely emo ex-con with big, big ideas of becoming a suburban meth dealer, years before Breaking Bad made meth all trendy. He had cool hair and great salesmanship, and when you took his meth, you got super high right away, or maybe almost died, which can be sort of the same thing? 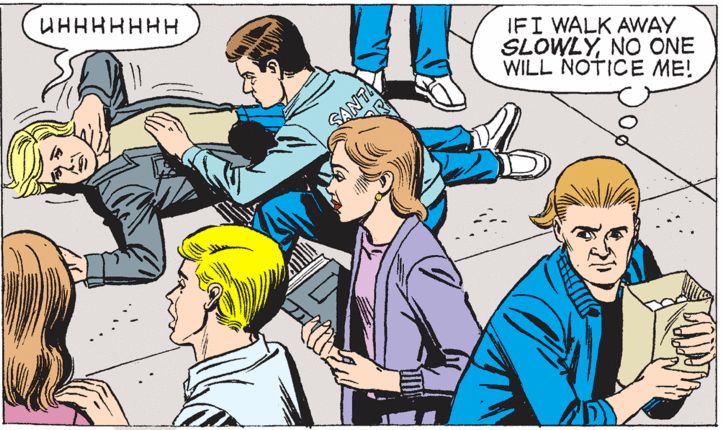 Like all prophets, Tommy was unappreciated in his own time, by which I mean he was immediately arrested. He returned this year, and while that storyline was definitely a blast, it’s hard to overstate how much the fall of 2004 got me to fall in love with the soap opera comics as a medium, and to realize that curating Mary Worth was probably my destiny.

TOMORROW: 2005-06! It was a year of dognappers, sad bears, homeless basketball players, outsourced homework, sexy feederism, and golf-flirting, but: there can be only one winner!