We must begin our review of Blog Year Eight with a discussion of that time one of Rex’s charming drunk old patients died and left Rex all his money. There was a mysterious screenplay-novel hybrid involved, as well as a sexy alcoholic daughter, and it climaxed, naturally, with an ugly scene at a funeral. Honestly, can’t we have one funeral in this town that doesn’t end in drunken violence?

Apparently not! Don’t worry, everything worked out fine, by which I mean that Rex cashed a check.

Judge Parker featured a long, weird storyline in which Sam Driver spent thirty seconds negotiating with Hollywood big-shot Avery Blackstone to get an insanely generous movie deal for Judge Parker Senior’s terrible, unreadable book. This was followed by weeks and weeks of an ill-fated fishing trip, during which they stumbled on a massive marijuana grow operation, whose proprietor eventually captured Avery. This sequence was most notable for intense narrative whiplash: At one point Avery was about to be dismembered by a chainsaw-wielding maniac: 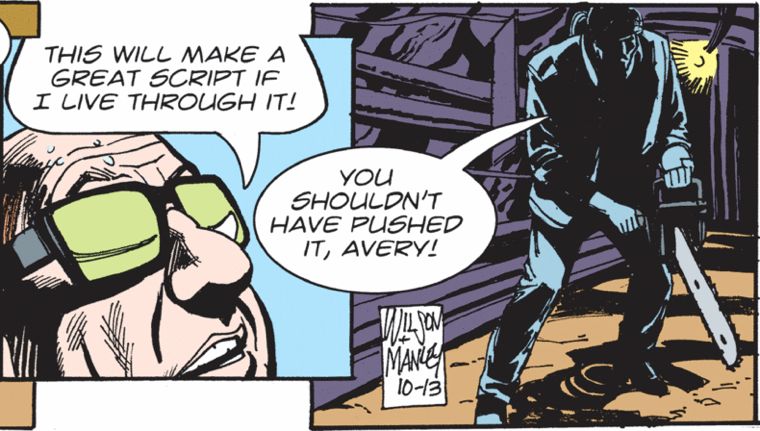 In the end, everything worked out fine, by which I mean that Sam cashed a check.

Apartment 3-G featured the return of beloved ancillary characters Scott Gaines (erstwhile billionaire janitor/Lu Ann fiancé) and his high-powered wife Nina, whose wedding Margo planned. They had decided to have a baby despite Nina’s ambivalence, and Tommie, who had accidentally become a midwife, was in charge! There were some dumb misunderstandings that arose because Margo maybe kissed Scott a little, but eventually they made up and gave birth on their own terms, which is to say in their own apartment, with an inexperienced midwife overseeing a difficult birth. Why didn’t they just call the paramedics to take Nina to the hospital, you might ask, but that would be a pretty stupid question. 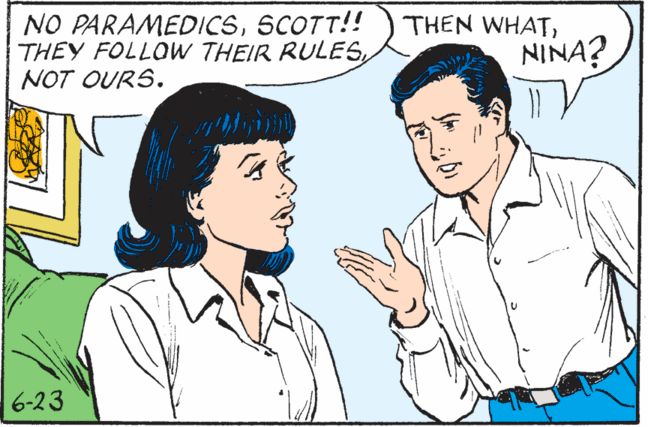 But for sheer insanity, it was hard to top Gil Thorp basketball season plot. It all started with this sexy scene: 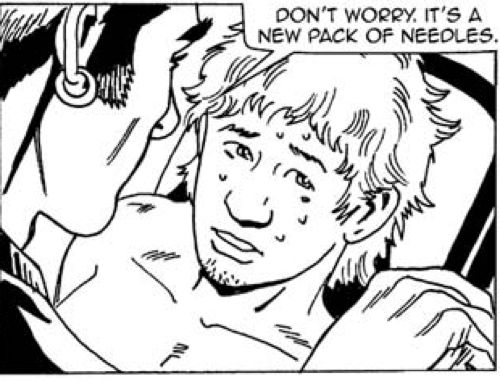 Yes, Milford had a new tattoo parlor, run by Ransom Hale, who in addition to being very handsome was extremely good at business. 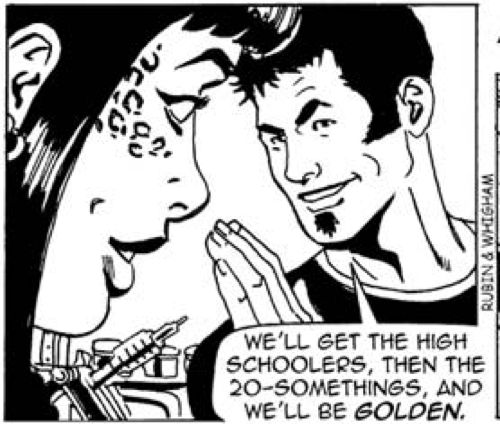 Sounds like a winning marketing strat, Ransom! Milford’s dopey basketball players couldn’t get the Mudlarks’ logo tattooed on themselves fast enough, despite the fact that Coach Kaz has a tattoo and Coach Kaz is in all ways aesthetically embarrassing. Milford Ink also provided nose-piercing services and hot Kiwi accents and bootleg DVDs, which gave Ransom another opportunity to be extremely good at business. 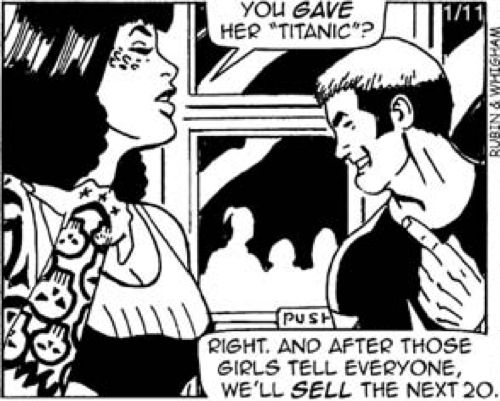 No, wait, that one actually worked: 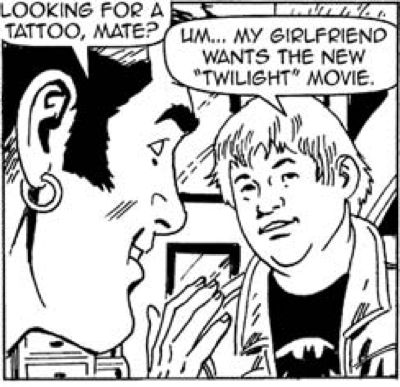 Anyway, eventually Gil got miffed at all the tattoos adorning his players, did some half-assed psychoanalysis, then used the excuse that one of the underage Mudlarks forged his dad’s signature to get permission to get a tattoo to bust up this little operation. He discovered that Ransom Hale the New Zealander was really Rupert Hall from Dayton, Ohio, but the most shocking revelation was yet to come: those bootleg DVDs? They weren’t bootleg at all. Behold just how amazingly good at business Rupert Hall is:

Man, is that a 100% guaranteed massively lucrative money-making scheme or what? Anyway, Gil successfully shamed this wholly legal small business into shutting down, and its downtown storefront remains empty and a burden on the city’s tax base to this day, the end. Tomorrow, in Blog Year Nine: senility in the squared circle, stripper hotel, and, of course, life’s brutality.