Blog Year Nine was capped off with throwback to the wacky Gil Thorp summer plots of yore, in a story that began when two fast food ruffians met with vigilante justice in the form of a terrified WHO-O-A! and a mighty, meaty WUD:

Our Hawaiian-shirted hero was a senile former pro wrestler who Gil agreed to wrestle for charity or something, despite the fact that he didn’t even know who Gil was and this would be a good way for him to get terribly injured, probably. Sadly, nobody got terribly injured and actually the old guy probably wasn’t all that senile and it was some kind of double-game long-con wrestling angle.

In Rex Morgan, M.D., yet another wacky elderly patient gave the Morgans free stuff — in this case, a free vacation to San Diego! All they had to do was check up on her rental property, which turned out to be full of sexy ladies who turned out to be strippers with hearts of gold, helping out one of their own who was suffering form breast cancer. Obviously, some of the ladies took a liking to Rex and one maybe flashed him a little, to which he reacted in typical theatrically dickish fashion.

But Blog Year Nine undeniably belonged to an epic seven-month saga in Mary Worth. It began with a cry of psychic pain in the Weston household. 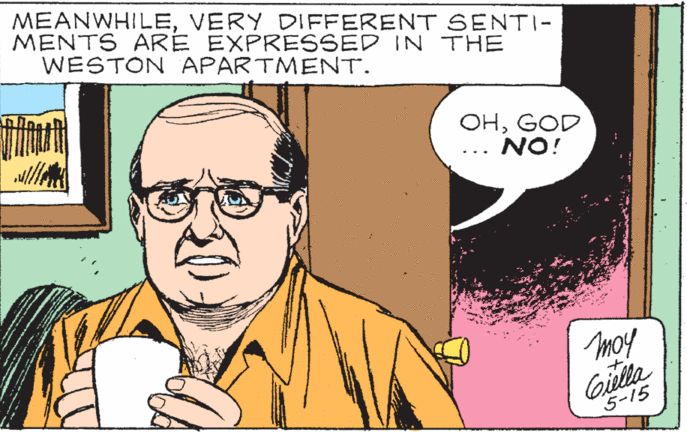 Seems that Dawn got dumped by a dude named Dave, and things got worse when she ran into her ex and his new girlfriend and they invited her to a three-way. Dawn spent a lot of time on the couch watching Game of Thrones and repeating what became the summer of 2012’s catchphrase.

Wilbur decided that a trip to Italy would get Dawn’s mind off her ex. Unfortunately, everywhere she went, she kept having reminders of Dave’s sexy abs and/or genitals thrust in her face.

Determined to cheer up his daughter, Wilbur took her on a cruise ship, which immediately ran aground in a ripped-from-the-headlines tragedy. As the ship slowly capsized, Wilbur and Dawn saw human desperation at its worst. 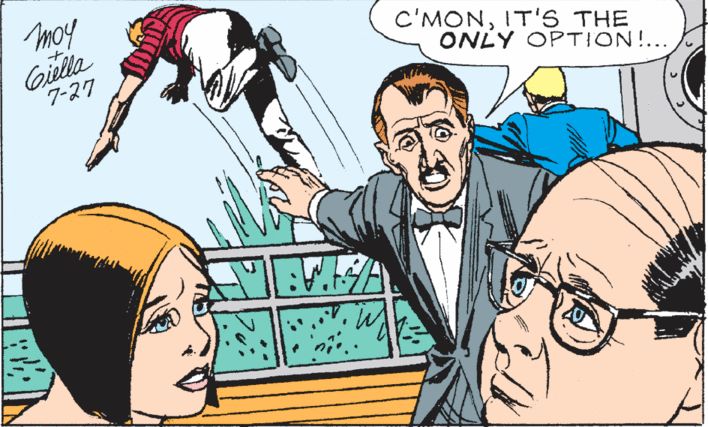 Fortunately, the Westons were rescued via helicopter. Wilbur returned to Santa Royale with a new column idea based on his entirely undeserved good fortune. 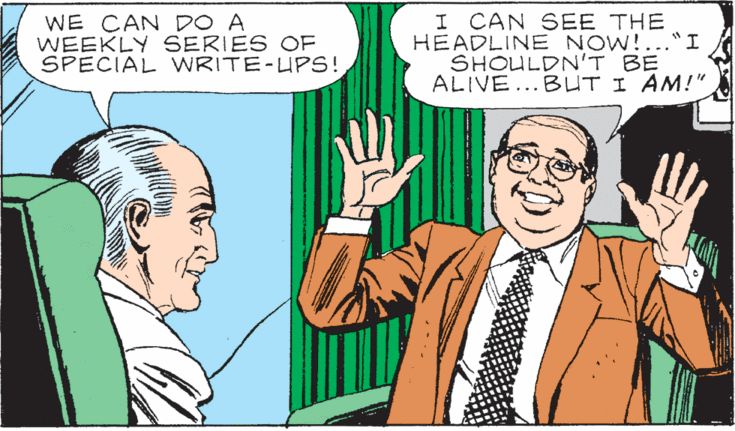 Dawn, meanwhile, emerged from the experience with a determination to make a difference in the world, and Mary convinced her to volunteer at the hospital, where she befriended a one-armed fellow named Jim. Jim immediately became fixated on Dawn because she looked uncannily like his sister, who died in the boating accident that claimed his arm, which meant that Dawn was now forbidden to approach any body of water, and also required to have sex with him. Dawn rejected him because he was a possessive, delusional creep, but Jim laid in with the guilt. 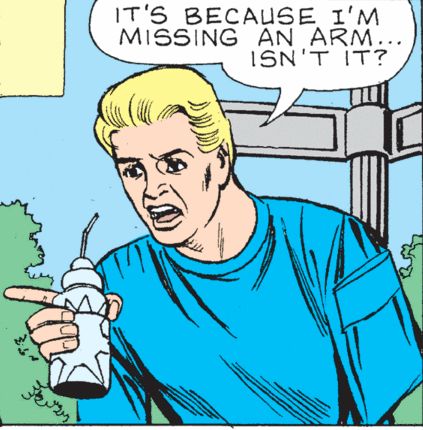 Anyway, in her very good psychology class Dawn learned that possessive, delusional creeps just need the love friendship of a good woman and that fixes them, and it totally worked and now Jim can hang out near the water without fear and doesn’t want to murder Dawn at all, even a little. He just wants to be friends! And Dawn enjoys her friendship with him. They say that, if you listen closely, you can hear them continuing to enjoy their friendship, even today.

Tomorrow! Our trip through Soap Opera Past finally reaches the present day. What plots from the past year merit recording in the Book of Eternity?