Usually Gil is far too disengaged from his job and his student-athletes to live up to any of the usual stereotypes of gym teachers as bullies, but as his cruel smile in panel three indicates, he’s not above indulging in a little sadism if the opportunity falls ready-made into his lap. “That’s right, quarterbacks, duke it out for my love, like bugs in a jar! Oh, does the jar need shaking? COMPETITION IS GOOD! NOW FIGHT! FIGHT!” 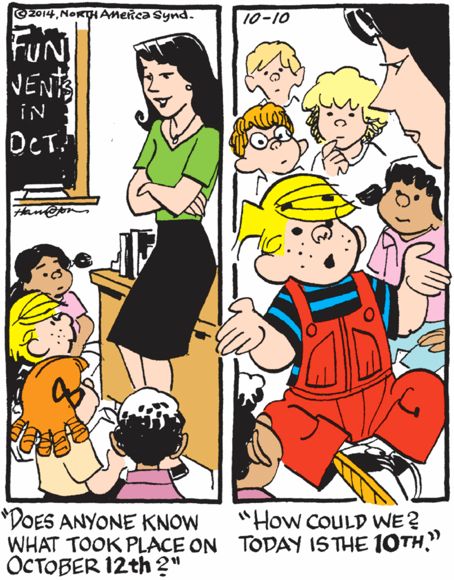 Dennis, unable to truly grasp the concepts of “past” and “future” or the endless cycle of the seasons, lives in an eternal present, refusing to learn anything from anything that happened before or consider that his actions might have effects on what’s coming next. It doesn’t get more menacing than this. 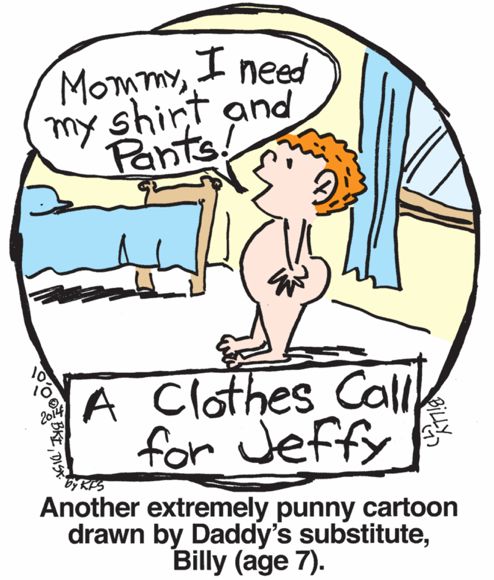 When the starting premise for your Family Circus cartoon is “Let’s pretend that seven-year-old Billy drew a naked picture of his little brother in the service of an awful sub-pun,” I suppose it’s actually a good thing that the end result looks like a fleshy pink chicken with a human head.

There’s a lot to dislike here — the crude drawing, the sub-par joke — but I’m going to focus my enmity on the fact that this cartoon ran on a Friday.