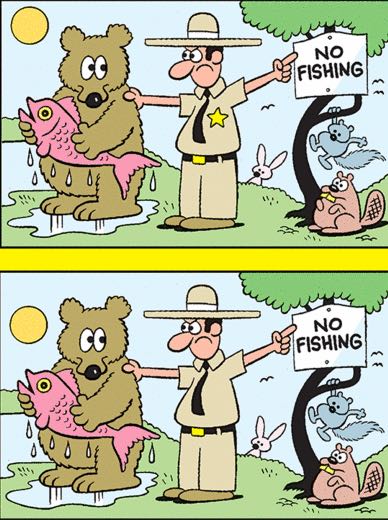 Today’s Slylock Fox Six Differences puzzle takes place in that awkward period after the animals achieved sapience but before they had truly taken over the Earth. Our grumpy park ranger’s face may bear the scowl of prejudice, but his cause is legit: if this bear can now think and reason like humans, shouldn’t he be subject to the same law? Eventually the animals would develop their own cargo cult legal system in response to these issues, but at this moment, I assume that, despite his newfound intellectual powers, the bear here is still more than happy to meet aggression animal-style, with his claws. 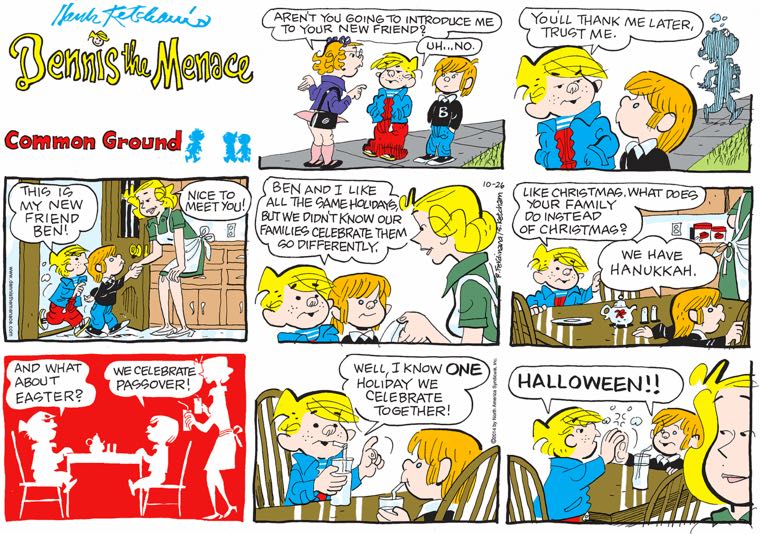 At last, Dennis the Menace has shattered the unspoken rule that all characters in the daily comics must be gentiles! We learn a valuable lesson here today: that little Jewish children and little Christian children can be friends, so long as neither of them understands any of the theology behind their various holidays and just think of them as “that thing we celebrate in [insert season here],” and also agree to come together at the end of October to worship Satan. (Side note: I’m going to accept as canon the clear implication in today’s throwaway panels that Margaret is a well-known anti-Semite.) 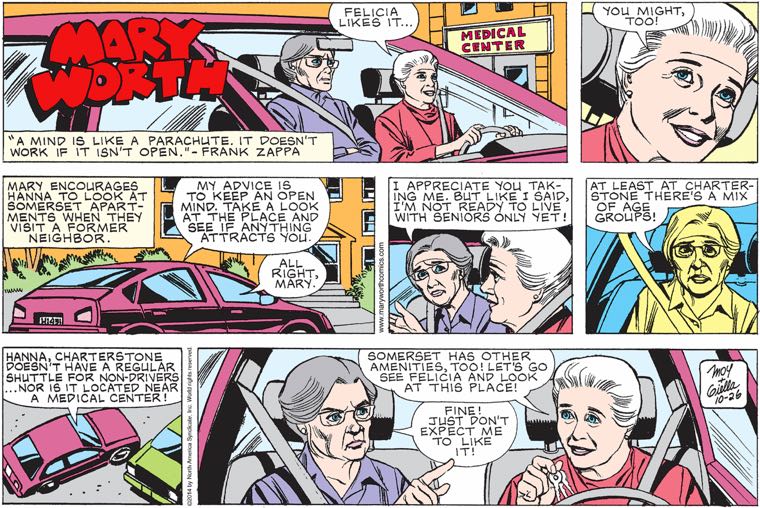 There are lots of good reasons to wish that Frank Zappa was still alive, and somewhere on that list is my desire to see what he’d think about having a quote almost certainly incorrectly attributed to him used to try to bully an old woman in Mary Worth into an assisted living facility.

Ha ha, it’s funny because the scalpel blades are breaking off still embedded in the patient’s flesh! There’s so much blood! So much hilarious, hilarious blood!

Tina had sometimes resented the fact that her rift with her mother-in-law meant that she and Thomas didn’t get invited to many family gatherings with his brother and sister. But then, she reflected, if she had been at the house that day, she would’ve been mauled to death by the cold, thirsty bear-dog-things, just like the rest of Thomas’s family.