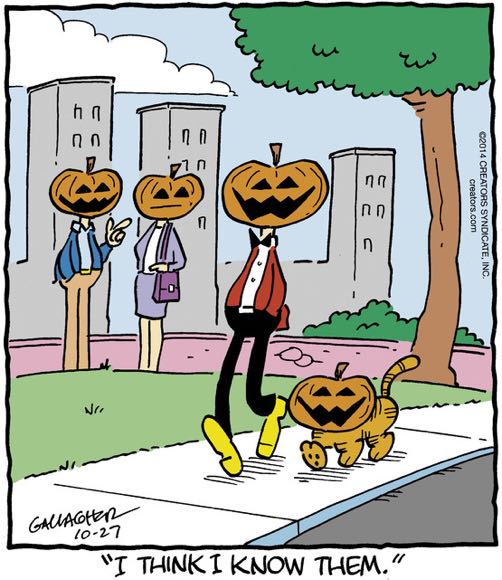 After a nightmarish curse left the town’s inhabitants irrevocably transformed, the damned souls are taking hesitant steps towards recognizing one another and reclaiming some part of their lost humanity.

Just another day in the teachers’ lounge, laughing it up about the endless parade of genetic defectives that make up Westview’s children!

Although 10 years earlier kids in the nearby town of Centerville went on a violent, terrifying rampage when Crankshaft’s family ran out of candy, so maybe Les and his cronies are right to view the local youth with mingled contempt and disgust.

Despite his best efforts, Spider-Man will in fact be rescued from his primary antagonist by his secondary antagonist.