Amphetamine variants, across a socioeconomic scale running from meth to Adderall, are often used as productivity drugs: they focus the mind and, in the short term, make it easier for you to do work, especially work you don’t particularly want to do. By rejecting his friend’s offer of a little illicit worktime pick-me-up, Dag emphasizes his commitment to decadent leisure: as with food, his interest in drugs is entirely sensual, not utilitarian.

Last week Doc Ock skittered off from his penthouse lair to go enjoy the work of his earthquake machine … somewhere … else? “Somewhere else” turned out to be just straight-up chilling on his couch, presumably in a different lair, while his tentacles dangle forlornly, waiting for the artificial earthquake that never comes. Is he supposed to be watching TV? I bet he’s supposed to be watching TV. Everyone in this strip is always watching TV, all the time, and if there isn’t one there when you need it, it’ll just sort of appear, conveniently.

It’s pretty impressive that, in a strip whose punchline is that Marvin’s family is in such constant terror of his poops that everyone keeps careful track of his digestive velocity, the most unsettling part is actually his smug little smile in panel three. “That’s right, my bowel movements are so vile my own grandfather refuses to deal with them! Heh heh.” 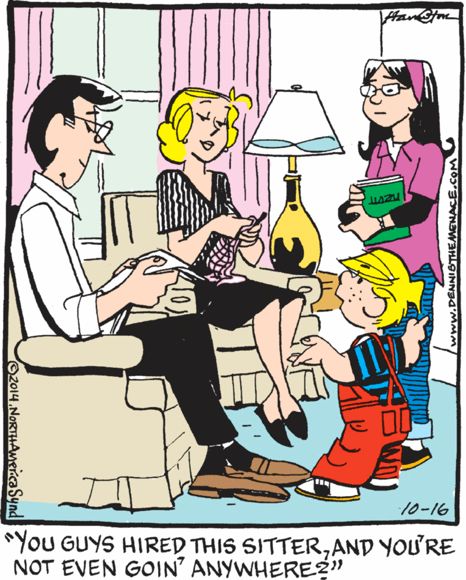 The Mitchells have done the math and figured out that they can afford to meet their legal obligations as parents without interacting emotionally with their son at all! Look at them, smiling to themselves and not even making eye contact with him. Someone just found out what true menacing really is.

Based on the sad, reverent way Jughead has doffed his cap, I’m going to assume that Archie died in the ring.