Parson Tuttle is a well-known fraud: he’s largely ignorant of spiritual and theological matters and presumably came to Hootin’ Holler, a community abandoned by actual clergy, to bilk its inhabitants out of their meager savings. But today we learn that this long-term grift has managed to trouble even this con-man’s conscience. What right does he, as a fraud and bearer of false witness, have to tell his parishioner-marks that their minor transgressions mark them out for eternal damnation? As an unbeliever himself, how dare he fill these poor souls’ minds with awful visions of Hell? Can the slim, ill-gotten rewards of this life he’s chosen really be worth it? 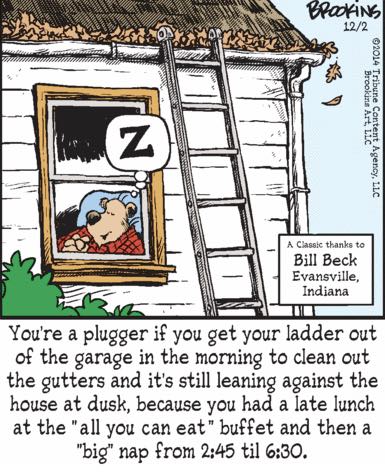 Boy, today’s Pluggers caption is really pretty long, huh? Usually they’re short and sweet, but I’d be down with seeing the walls of text expanding to show us what’s really going on beneath the down-home folksy surface of a typical Pluggers panel. “You’re a plugger if you get your ladder out of the garage in the morning to clean out your gutters and it’s still leaning against the house at dusk, because what’s the point, really? It’s just a task you’re going to have to do year after year, again and again. Maybe your gutters will clog up if you don’t do it, boo fuckin’ hoo, it’s not like the roof doesn’t already have three leaks in it, it’s not like the storm windows really shut properly. The whole rotten place is drafty all winter. It’s not like you know how to fix any of that stuff, or can afford to pay someone who does know. You remember the last time you cleaned out the gutters, when your friend Hank was there to help. Hank’s job transferred him to another city eight months ago. You haven’t talked to him much. Men don’t spend all day gabbing on the phone, the way your wife does with who knows what. Sure would make it more fun if Hank were here, though.” 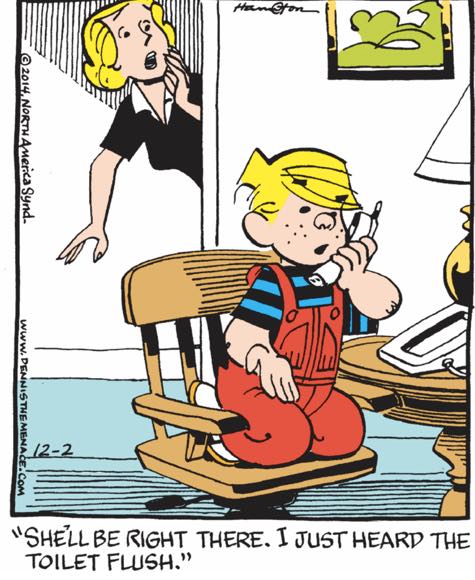 “OH MY GOD,” thinks Alice, “MY SECRET REVEALED: I POOP OUT MY BUTTHOLE LIKE A NORMAL HUMAN DOES”