Welp, the Dick Tracy–Funky Winkerbean crossover is wrapping up without a single person dying in a hail of bullets, and I for one am pretty disappointed about it. I do like the words of life wisdom that Holly and Dick are trading here, though. Maybe, just maybe, you shouldn’t immediately judge (and subsequently arrest and/or shoot for “resisting arrest”) people just because they look “shady,” you know? Maybe you should instead determine their worth based on their enjoyment of cultural production units that you also enjoy. I’m pretty sure that the main character of High Fidelity has the exact opposite of this revelation at the story’s conclusion, which is evidence that he’s grown less shallow as a person, but, baby steps, I guess. 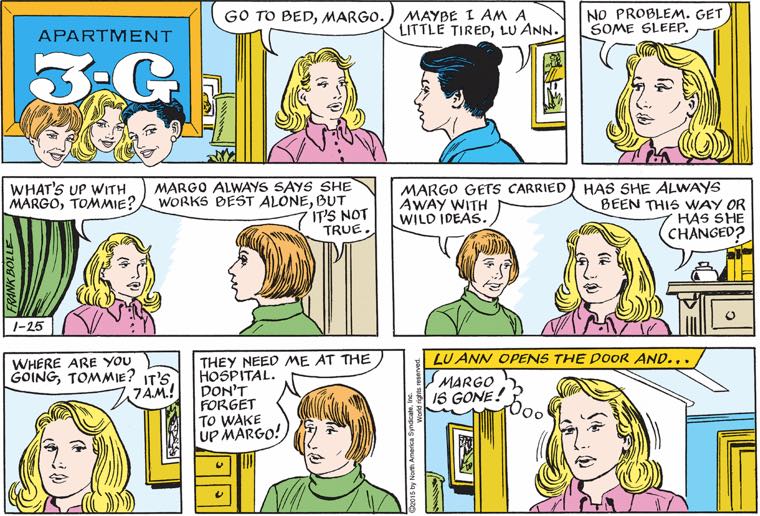 Apartment 3-G has meanwhile devolved into a full-on Lu Ann dreamscape? “Tommie, why are you leaving the apartment to go to work, in the morning, as the workday starts?” “I’m going to work. Don’t forget to wake up Margo!” “Gasp! Margo is gone!” [stands in the middle of the hallway, nowhere near a door or anywhere where Margo might be expected to be] 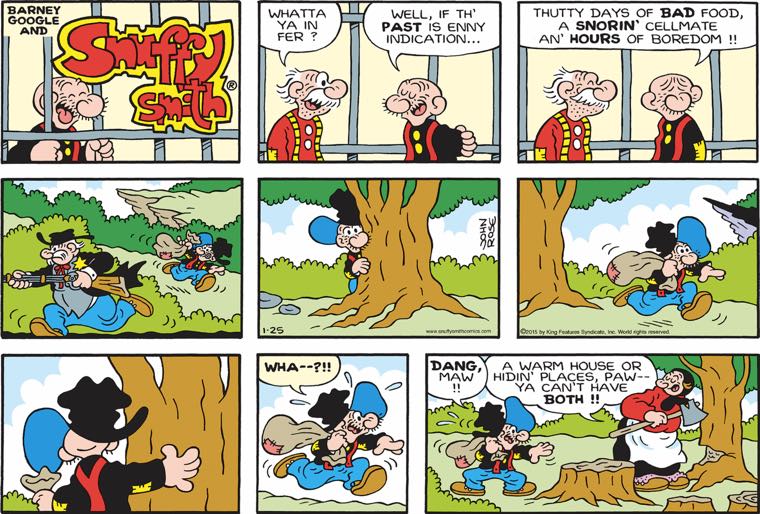 While details are murky, archaeological evidence seems to indicate that the Polynesian settlers of Easter Island deforested the place after a few centuries there, which meant they were no longer able to build and move the huge moai statues the island is famous for — and, perhaps more importantly, were no longer able to build oceangoing vessels that allowed them to fish, which in turn led to a rapid decline in population. Meanwhile, in Hootin’ Holler, it seems that the residents are setting in motion an ecological catastrophe of their own, unsustainably extracting fuel to power one of the community’s main economic engines (moonshine production) at the long-term expense of environmental resources needed for the other (chicken theft).

Look, just between you and me, I never really cared for Mad Men, but if the show’s booze-soaked popularity had anything to do with the return of wacky retro “Thirsty is a drunk” jokes in Hi and Lois, then it has done good for this world.