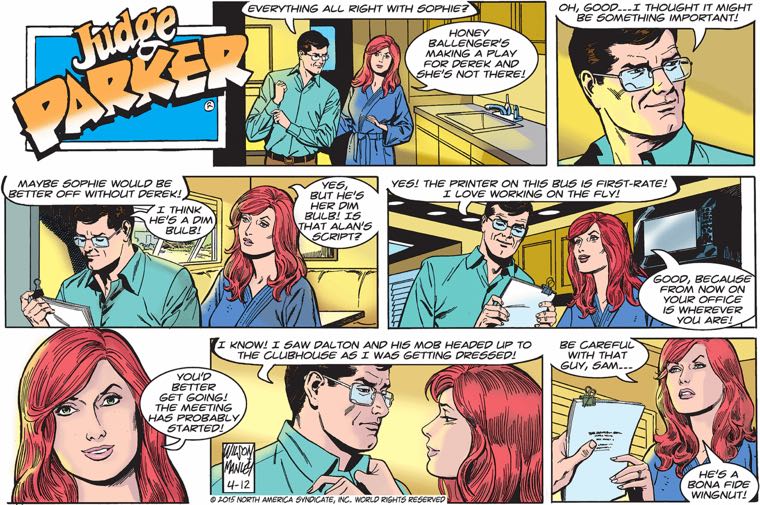 As hero commenter Calvin’s Cardboard Box has meticulously documented, there are some discrepancies in this week’s story about how the evil Honey Ballenger is going to steal away Sophie’s boyfriend Derek using her sexual wiles while Sophie is stuck in this trailer park, the most obvious being that Derek is actually Honey’s boyfriend, not Sophie’s, despite Sophie’s brazen boast that she was going to steal Derek away from her. Anyway, Sam is just glad this little drama is about his daughter’s emotional life and not something important, like a high-quality laser printer that works on the go.

The best thing about the “Perfesser watches TV” installments of Shoe isn’t the jokes (obviously); it’s the overwhelming sense of despair that permeates the whole thing, as he slouches down into the chair and stares with heavy-lidded disdain at the screen that’s lighting up the otherwise darkened room. The way he’s just resting his hand in the bag of chips is a really nice touch today. How long do you think it’s been there? Hours? 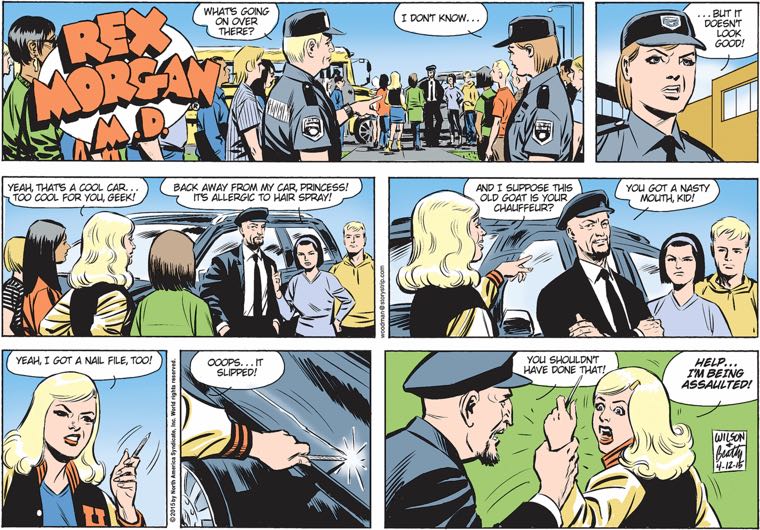 At last! It’s the meeting of the “Kelly is bullied at school” and “Kelly has sworn allegiance to a violent criminal organization” plots that we never knew we wanted until this moment.