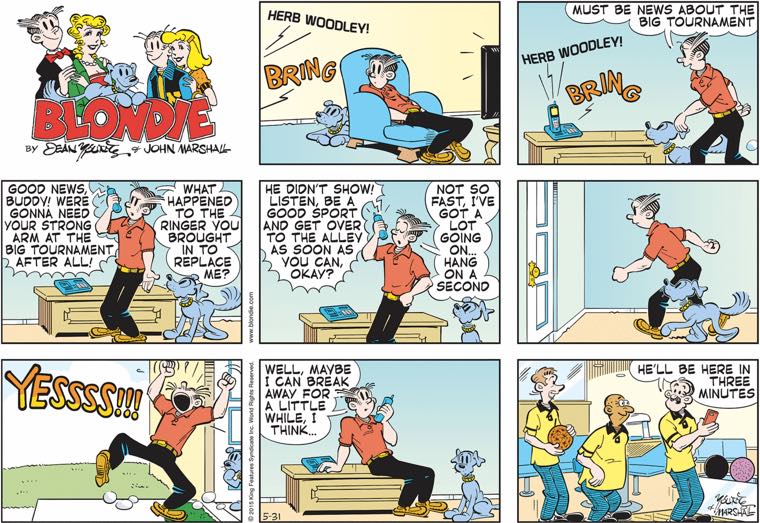 This is an extremely disappointing Blondie because we haven’t been privy at all to the drama that led up to it: the joy of reaching the big tournament shattered as Dagwood is yanked from the team, the friendship betrayed, Dagwood’s sense of self-worth destroyed. When the phone starts saying “Herb Woodley” in its robot voice (are there real phones that do this? because that sounds terrifying and awful), we should feel the pent up rage and frustration that Dagwood feels. It would make the pathos of the final row of panels — in which Dagwood’s resentment dissolves into pathetic gratitude at being a backup selection — all the more intense, and the sting of Herb’s final panel contempt all the sharper.

Oh, whoops, looks like Terry physically blocking Adam’s proposal was just a necessary step along the road that will lead to their inevitable marriage. As you can see in panel two, Terry is becoming increasingly unmoored from reality, not even able to trust the evidence of her own senses, which will make her helpless to resist Adam’s advances. 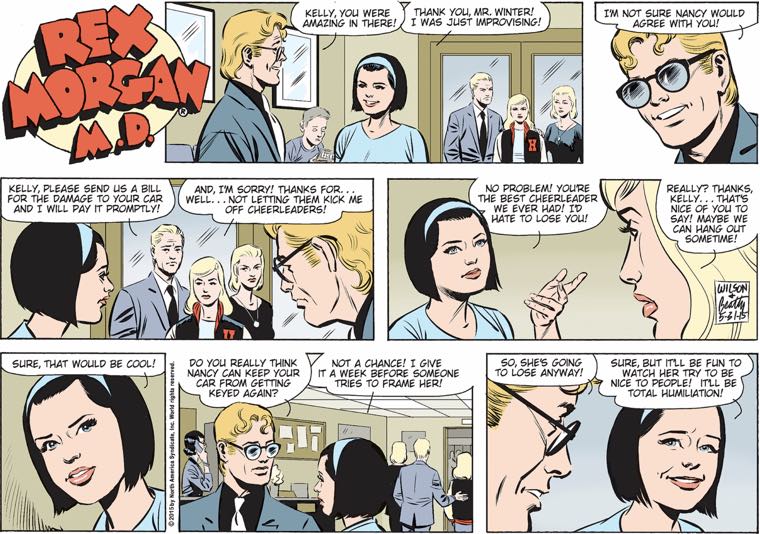 “It’ll be fun to watch her try to be nice to people! It’s probably going to be super hard for her. She should just pretend to be nice, like I did to her a couple panels back. It was really easy! Say, I forget, am I the sympathetic character in this storyline?”