You guys! Remember beloved ancillary Mary Worth character Olive, from last year, who had angelic visions and also some kind of cysts that her terrible parents tried to have removed by a doctor who Olive hated and feared, so she fled to the pool but Mary saved her and then her parents were like, hmm, maybe we shouldn’t have our daughter operated on by a guy literally named Dr. Kapuht who’s also a junkie, and then Mary told her that she should always act on her most powerful delusions, which she claimed were the result of some weird tummy-brain rather than divine revelation. Olive and her terrible parents moved back to New York, and Mary was extremely cagey about coming to visit, which makes sense because normally grown adults don’t fly across the country to hang out with, you know, children they aren’t related to. But, whatever! Santa Royale is dullsville now that Toby and Ian aren’t getting divorced and lord knows Mary doesn’t want to spend any more time than she has to with Dr. Jeff. Hopefully she’ll take the time to let Olive’s parents know she’s coming out; it’d be awkward if she arrived at their apartment and interrupted their near-constant sexing.

“Good news, Gaby! Your daughter, who may or may not be responsive, will probably recognize your voice, despite the coma that she may or may not be in!” Wow, it’s a good thing that a medical professional with a great bedside manner is delivering this news. Thank goodness Tommie stopped Eric from running in all half-cocked. 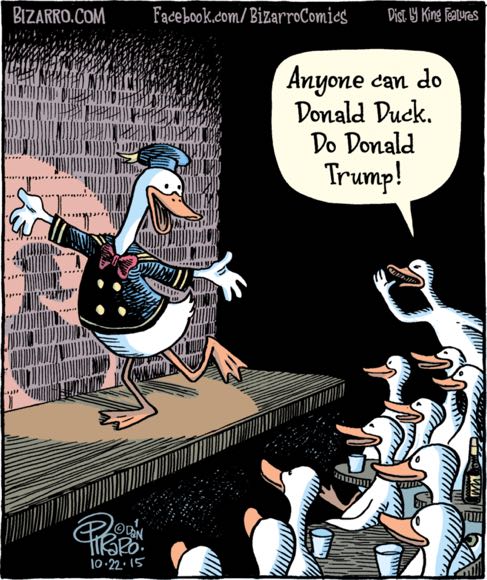 I’m actually not 100% sure on what the joke here is supposed to be, but I think Bizarro artist Dan Piraro lives in Los Angeles, and it’s possible that he saw the same … duck? goose? waterfowl of indeterminate species? … that my wife and I spotted last month in Echo Park that looked so much like Donald Trump that she was moved to take a picture: 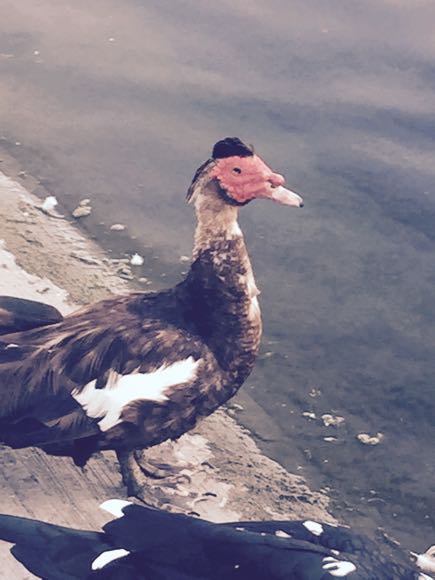 I hope you enjoy this as much as I do.

Look, Perfesser, I know Skyler is a ward whose presence in your home and life you barely tolerate, but he’s a bird about to hit puberty (pu-bird-y?) and if you don’t have this talk soon he’s going to try to fuck some bees