Oh man, kind of a bummer that Margo’s mom’s psychic Latina (?) powers worked to save her daughter’s dumb roommate but not her daughter! Though maybe that’s because, as you can tell by comparing that strip from 2007 to this one, Margo’s mother has been replaced by someone else entirely.

Gotta assume that Mason is towards the depressive end of his bipolar cycle, and was just overcome with exhaustion and ennui such that he had to pause for a few seconds between the syllables “bipolar” to gather his energy. Because otherwise Cindy would’ve just blurted something out in mid-word, and that doesn’t make any sense at all! 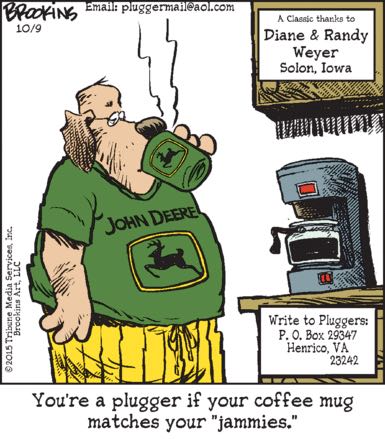 Pluggers don’t just give companies money in exchange for goods or services; they construct an identity by conspicuously displaying loyalty to their favorite brands. Pluggers, so silly, amiright? (Haha, just kidding, we all construct our identities out of our relationships with corporate entities to one degree or another. The matrix of capitalism is inescapable!)

Haha, fellas, turns out if you want to have a romantic relationship with someone you have to do things that interest them! Women, whaddyagonnado? 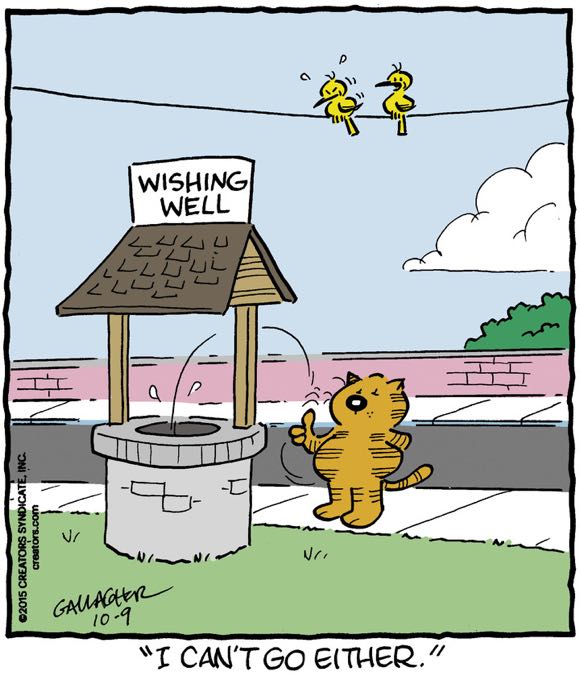 As that coin hit the water deep in the wishing well, all across the world, all at once, the innumerable cloacae of innumerable birds squeezed shut forever. A few hours later, the birds began to explode in bursts of guts and feces and feathers — at first just one here and there, then more and more frequently, until everyone on the planet was deafened by the awful, repulsive noise.