Call me a speciesist if you will, but it seems to me that the animals who rose up and took over the planet in the Slylockverse haven’t quite matched our levels of achievement, have they? I mean, they apparently seized control of a human research station at the North Pole, an event that was presumably quite bloody and involved several polar bears, and they’ve been operating it in a sort of cargo cult fashion ever since, but now they’re in trouble. “Which way did they go?” the polar bears ask, poking their claw at the scavenged compass. “South? It’s all south.” The thief rides away and the bears, already growing soft in their warm enclosure, have forgotten they once were the fastest things on the pack ice. 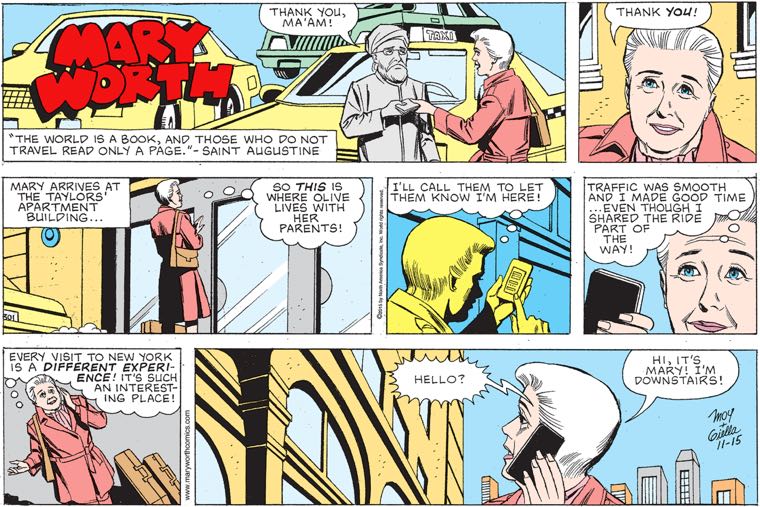 This is an amazingly prefect Mary Worth Time-Killing Strip! Mary exchanges pleasantries with the cabbie, who is enough of a pro to not react to whatever meagre tip she’s giving him; then we get four solid action-packed panels of Mary thought-ballooning about the mechanics of letting her hosts know she’s arrived, a little retrospective on how she got there (not in any soul-searching or philosophical way, just the actual travel mechanics), and some platitudes about New York and how it’s Always Different! Slap a successfully completed phone call on at the end and a fabricated quote from St. Augustine on at the beginning, and you’ve got a Sunday! 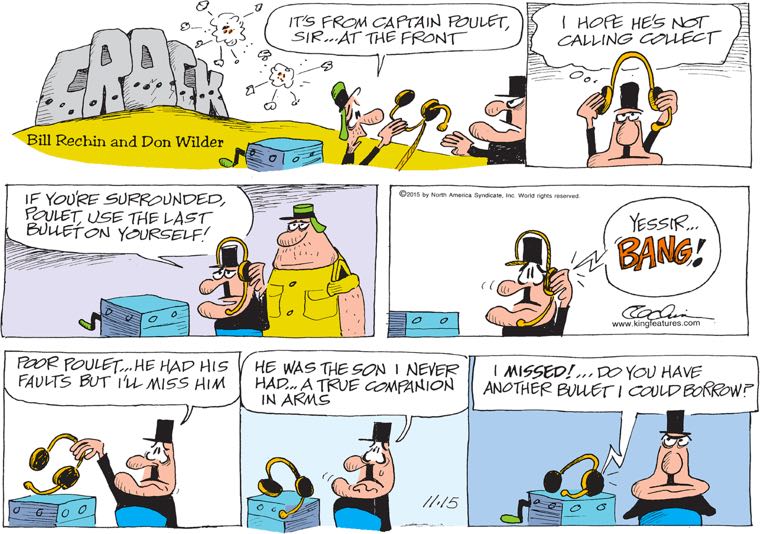 The answer to “how dark does Crock have to get before I laugh at it with respectful wonder” has now been established, and it is: botched suicide. I thank you for your time.