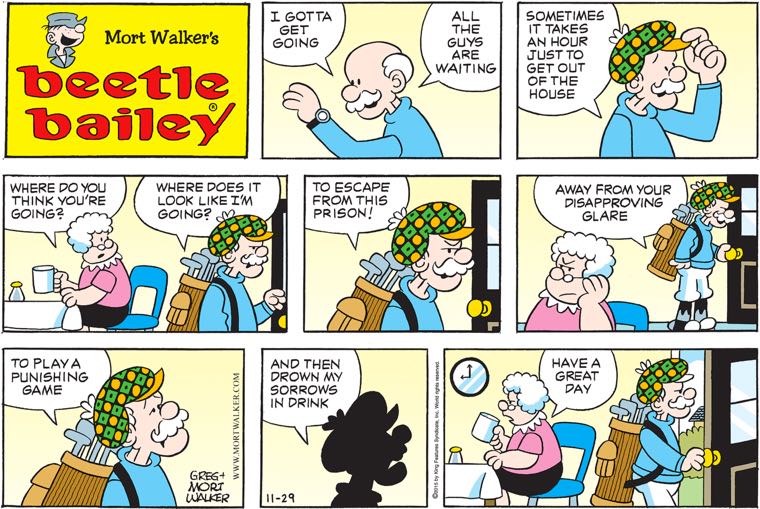 Usually Saturday is the day Beetle Bailey sets aside for strips about the Halftracks’ awful, loveless marriage, but you have to really give the creative team kudos for using the full scope of a Sunday strip to hammer home how truly hellish this relationship is. My favorite part is the topical shift as we move from the second to the third tier of panels: sure, the General’s marriage is explicitly acknowledged as a prison, but his supposed hobby, the sort of thing one usually engages in for enjoyment, is also a punishment. The only solution is to numb the body and mind with alcohol! Anyway, I know there’s a lot of awful things happening in the world right now, but I honestly think this strip should be in the running for The Grimmest Shit In The Newspaper Today. 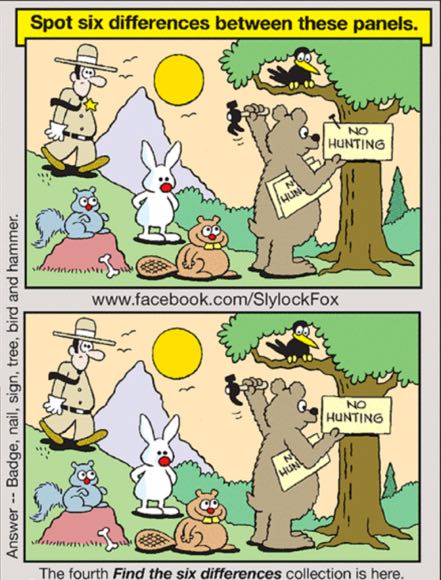 In the top panel, the abruptly Awoken animals are using their newfound sapience to try to come to an understanding with the humans, to create a new, balanced form of existence in which all species can live in harmony. In the bottom panel, the animals are merely establishing an insincere truce under which they will gather their strength for the inevitable violent uprising that will wipe humanity from the planet. I don’t really think the other five differences matter all that much. 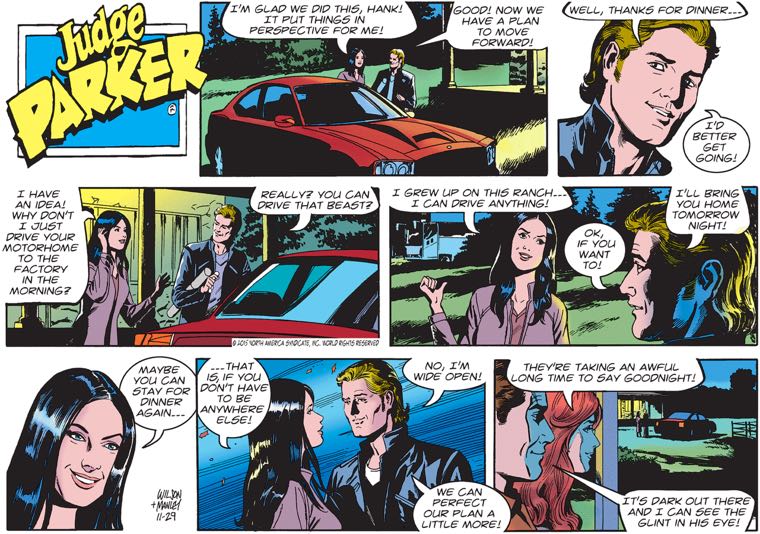 Years ago, back when Sophie was prepubescent weirdo savant rather than an alpha-cheerleader mean girl, she cheerfully admitted to spying on Neddy while she was doing “that tongue thing” with some now long-forgotten boy. Voyeuristically keeping tabs on Neddy’s sex life is a Spencer-Driver family value, is what I’m trying to say.

Long story short, Cayla, the answer to your initial question is “not well.”