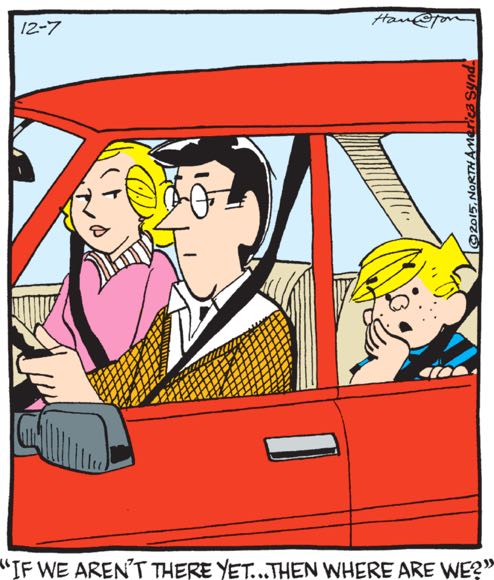 These are, in my opinion, some solid prompts for philosophical discussion. If we conceive of our lives as an endless series of journeys towards some specific destinations, don’t we ignore the charms and possibilities of the intermediary space we pass through, every inch of which is itself a possible destination? Similarly, why do we discount the third of our lives we spend asleep? It’s largely opaque to us, but is it possible that sleep is really what we’re for, and we only wake up when we can’t sleep anymore? Anyway, A+++ work this Monday, guys, feel free to spend the rest of the week slacking off with mild jokes about children who don’t understand that you shouldn’t repeat rude things your parents say about their friends and/or the tragedy of physical abuse in our armed forces.

Much as I would like the Spencer-Drivers to all be arrested at once after a long investigation by the Securities and Exchange Commission and IRS working in tandem, I’m assuming Neddy is about to get a ticket for her semi-competent operation of this huge behemoth of a motor home. You know, in some countries, monetary fines don’t have set amounts but are instead calculated based on the offender’s income, on the logic that otherwise the rich would be able to, say, speed or run lights with impunity; this can result in very wealthy people being handed six-figure traffic tickets. The practice is almost unheard of in the U.S., and it’s too bad because otherwise the local municipality here would have its budget covered for the next decade.

Haha, yes, fish that’s of such high quality that you can eat it raw, that’s definitely like everything else on this list here!