As is the case in many societies, the economic and spiritual malaise that lies over Westview can be traced back to its education system. For instance, when a science teacher urges his students to “put on [their] thinking caps,” you’d think he was about to challenge them to use their knowledge of the scientific method to solve some problem or test a hypothesis. But at Westview High, this is just a prelude to a rambling punny joke-style utterance that might, if they’re lucky, teach them the Latin name of a constellation, a datum that at best you could call science-adjacent. The students look on in dumb incomprehension, which is a good preparation for their life in the Funkyverse, which will mostly consist of abuse structured as terrible unfunny wordplay. 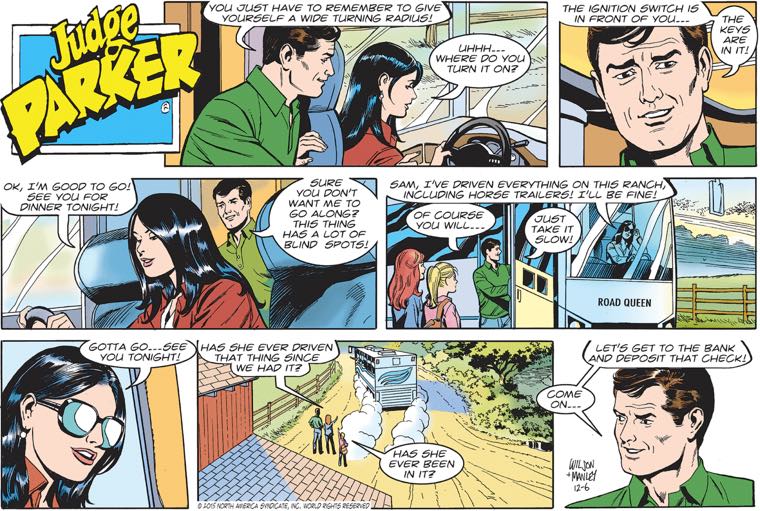 You might be thinking, “The Spencer-Drivers are almost unimaginably rich. Isn’t it kind of unseemly for them to rush to cash this check, considering the solid possibility that Neddy is going to destroy the RV before delivering it to its purchaser?” Well, the joke’s on you and your bourgeois morality. How do you think the Spencer-Drivers got to be unimaginably rich? It certainly wasn’t by not cashing checks. 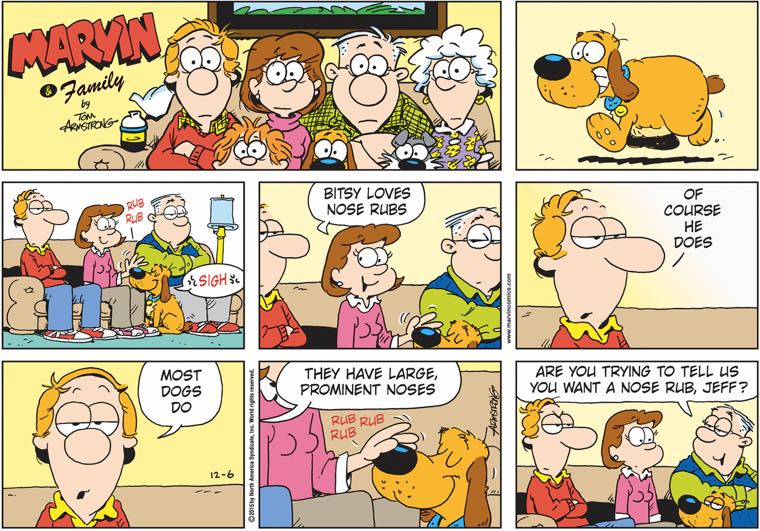 Kudos to Marvin for getting through a whole Sunday comic without a reference to urine or feces, I guess, but I have to say I find Jeff’s dead-eyed explanation of why dogs like nose-rubs pretty off-putting. It’s just because they have big noses, OK? There’s no pleasure to be had from rubbing the nose of your beloved pet. Any sense of bonding or connection you get from the process is false. It’s a simple physical reaction to an immutable physical fact. I kind of wish this strip was about Marvin shitting, honestly. At least Marvin enjoys shitting. 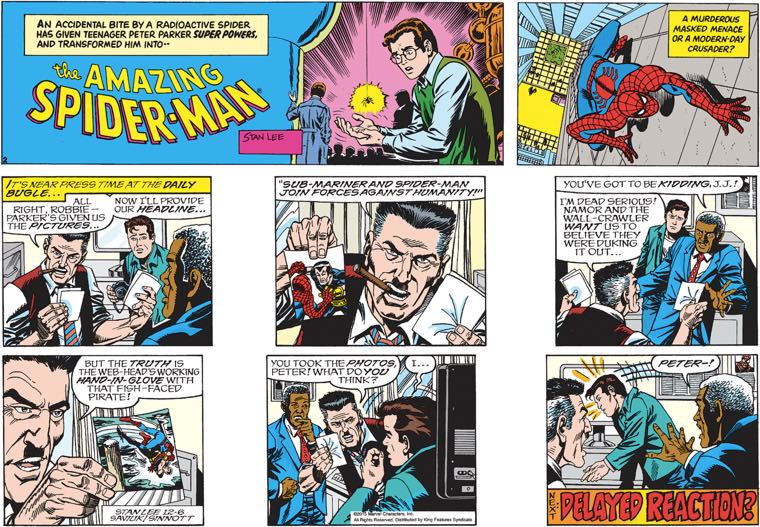 Backed into a corner and unsure how to respond, Peter Parker reacts like the hero he is: by slamming his head into JJJ’s computer until he can induce blessed unconsciousness.