“That’s crazy! How can it burn up and down? Why do we drive on a parkway but park in a driveway? Why did our best linguists fail to fully explain the nuances of the speech patterns of Earth languages? Why did I bother with this human-shaped fleshsuit if my inky black chitinous insectoid eyes were still going to be visible after I put it on? Wait, did I say that last part out loud?” 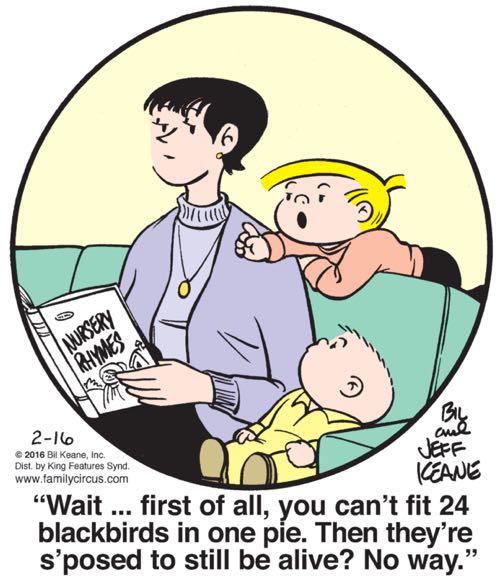 “Just a bunch of gross dead birds stuffed in a pie crust! Pretty weird, huh? And I’m supposed to eat that? No thanks! Hey, is anybody listening to me?”