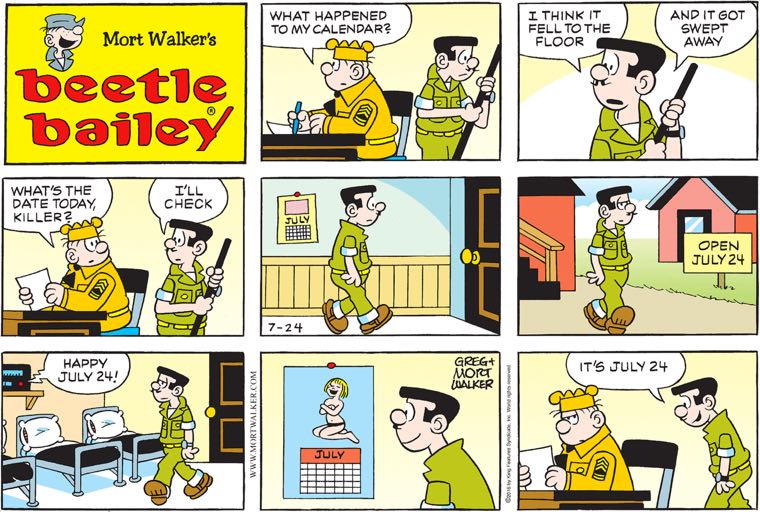 [the flashlight is my phone]

[we’re not in a campground, we’re in an underground city, because this is the future and we’ve badly polluted the surface of the earth] 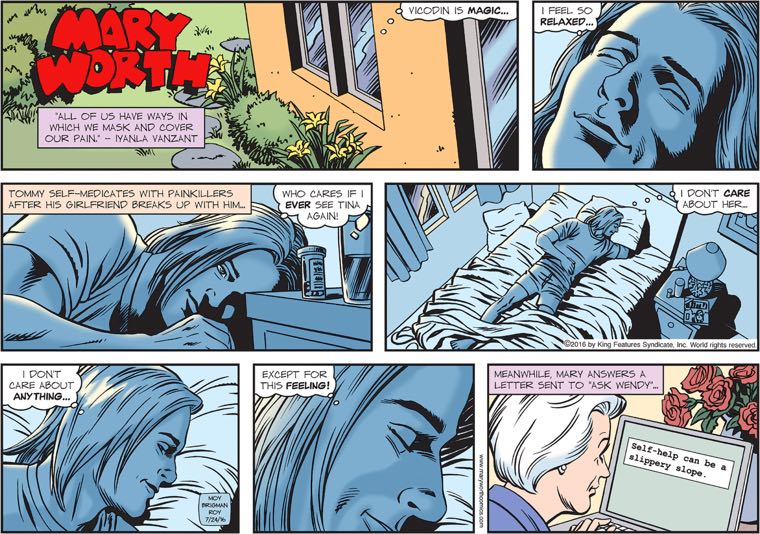 Oh, wait, now I get where they’re going with this. It’s not “drugs are bad,” it’s “people who attempt to manage their emotional problems without asking Mary for advice will inevitably screw it up and become pill addicts.” 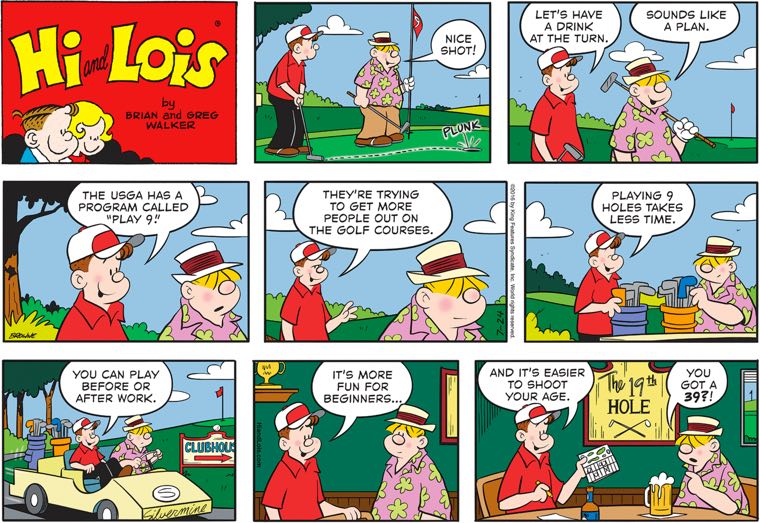 I was going to go on a long diatribe about how promoting a campaign to get more people to play golf is the most legacy-newspaper-comic-strip thing you can possibly do, but then I got to the last panel and found out that I’m three years older than Hi from Hi and Lois, so excuse me while go lie down with a pillow over my face for the next six to fourteen hours.

I know I don’t talk about Mutts on this site very often, but then again Mutts doesn’t usually do a joke in which the lovable lisping cat fantasizes about capturing his owner in a giant web, to eat.