Oh man, it looks like the “June Brigman and Roy Richardson do Mary Worth art on Sundays but Joe Giella still does the dailies” era was shorter than we thought! Farewell, Joe, who got an excellent sendoff from Uncle Lumpy back when the new team made their first appearance, and here’s a lovely blog post from strip writer Karen Moy. I actually missed the tiny “bye” in Giella’s signature box in Friday’s strip. It heartens me that his last Mary Worth panel was Tommy’s sweaty Vicodin bliss-out, which I’m reproducing here in larger format, for posterity: 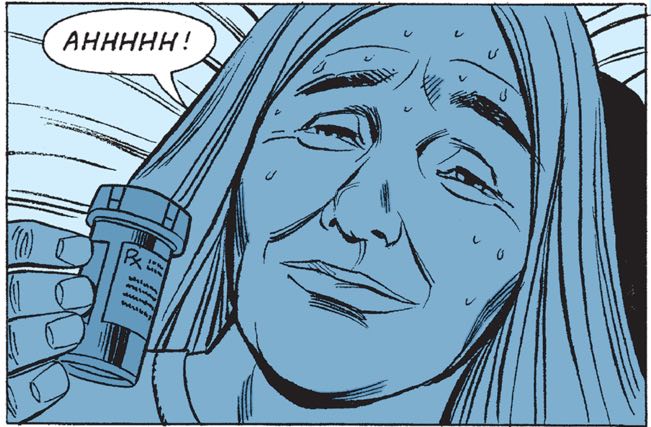 Anyway, I think we should all remember Giella the way he’d want to be remembered: as the man who drew Mary Worth as Wonder Woman. Enjoy retirement, Joe! 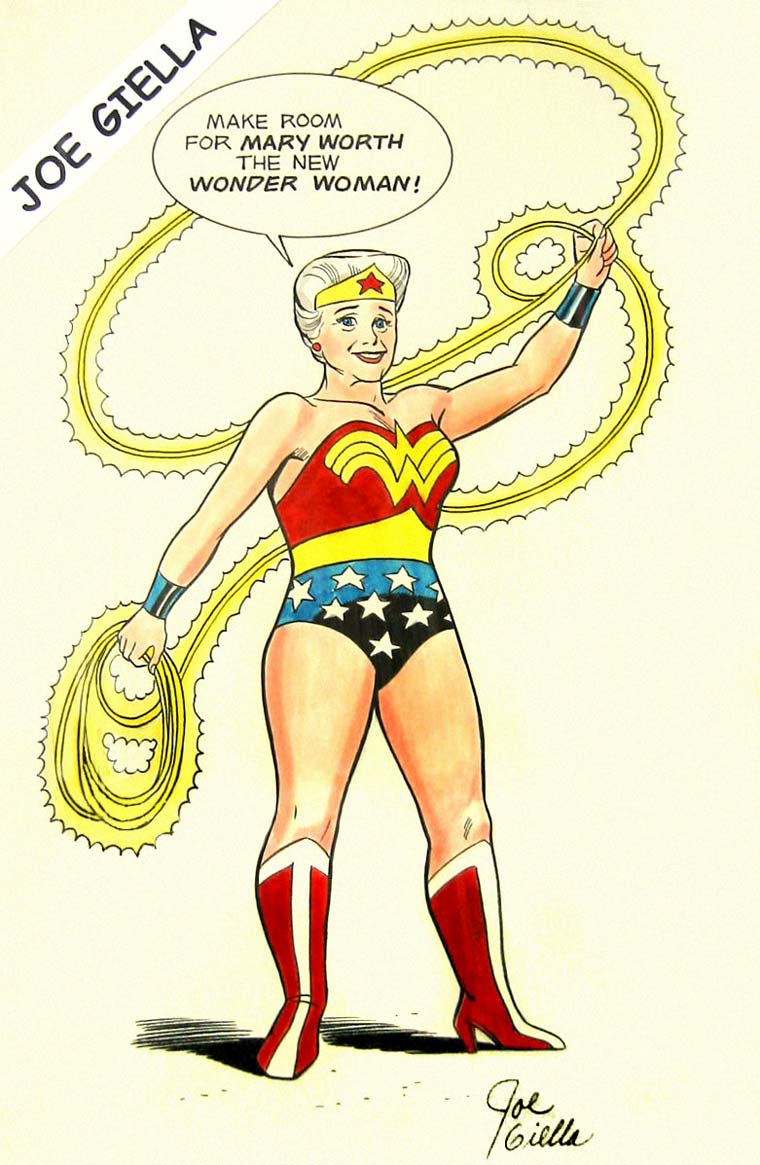 Meanwhile, the important thing about today’s strip is that it takes a village to create a pill addict. “Gee, I hope Tommy doesn’t bother me while I try to study for my big tests! I figure the more Vicodin he takes, the quieter he’ll be.”

Oh, hey, remember this guy, who we all sort of thought might be Crankshaft’s future vegetative husk? Well, last week we learned that he was actually “Beanball” Bushka, Crankshaft’s arch-rival back when they played on the Toledo Mud Hens literally before World War II (don’t try to make the chronology work, you’ll hurt yourself), and who exploited Crankshaft’s illiteracy to bump him from a game where scouts were in attendance, thus ruining his big league dreams forever, but then he wrote a letter to the Mud Hens confessing and now they’re … going to retire his number? This is not just happening in the funny pages, but in actual real life on July 29th, and thanks to faithful reader Aphthakid for pointing this out to me and no thanks to faithful reader Bill Peschel for linking to the picture of the officially licensed Crankshaft bobblehead that will be handed out to thousands of baffled minor league baseball attendees. Seriously, literally nobody there is going to have a clue what’s going on. Crankshaft’s own granddaughter does her best to forget who he is.

Ahhhh, it looks like the new Bugle owner is Jonah’s cousin-in-law, Egghead! As someone who writes about newspaper comics for a living but consistently refuses to read or learn about superhero comics, I immediately jumped to Wikipedia for a quick primer on who this guy is. Here are some sentences taken at random from his extensive bio:

Guys, I know they’re basically the foundation of all modern cultural production now, but … I think superhero comics are kind of silly?

It’s been long established that Montoni’s is Westview’s only viable business, so this labor-saving innovation is going to double the local unemployment rate. But Montoni doesn’t care! He’s lived in Florida for years. See ya, sad sacks!