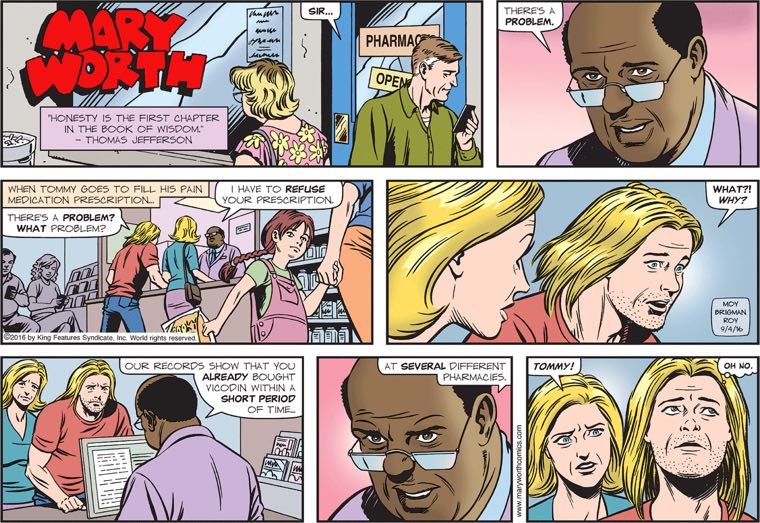 One of the low-key best aspects of the Tommy the Tweaker Mary Worth stories is the emotionally complex and slightly co-dependent relationship between Beedle mère et fils. Sure, Tommy has let Iris down, again and again, but deep down in his heart he doesn’t want to. Obviously it’s very embarrassing for Tommy to be busted in front of his mom, partly because now she knows he’s a drug addict. But I bet that what hurts him most is that in her eyes he’s now an incompetent pharmacy-shopper. Like, why couldn’t she have seen all the times he successfully pulled this off, you know? Maybe she would’ve been proud of him, even! 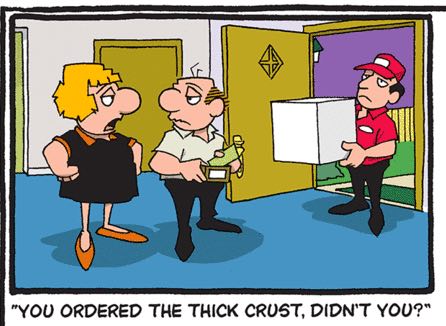 It’s always fascinated me that the Lockhorns takes advantage of the increased space the Sunday comics provides by printing six unrelated one-panel Lockhorns gags. That’s a lot of content! And as someone who has to produce a lot of content on the regular, I know that sometimes the well just goes dry on your usual shtick, man. That’s why I totally respect today’s Lockhorns, which provided five gags about the usual marital hellscape and one that’s just “what’s the deal with deep-dish pizza, amirght everyone?”

I’m from Buffalo, NY, where Buffalo wings were invented (more than a decade after the notorious Jessica Simpson “I don’t eat Buffalo” incident, some people still need this explained to them), and, fun fact: in Buffalo we don’t call them “Buffalo wings”! We call them “chicken wings,” or just “wings.” So I guess I’m not surprised that people who are actually in the French Foreign Legion don’t call it “Legionnaires’ disease.”