On today, Satan’s favorite holiday, Snuffy Smith makes a big show of his contempt for God!

Crankshaft serves a vital role in his community, but he’s so bad at his job that some of the people who depend on him angrily vandalized his house! 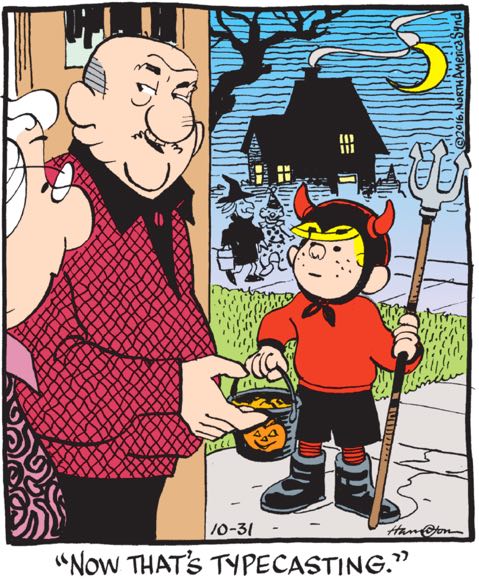 Mr. Wilson has no qualms about telling Dennis that he believes the child to be a literal demon, from hell!

Dot and Ditto are trying to bring a divided nation together politically, but their candy-based tax proposals will lead to economic ruin!

Wilbur definitely will not be regretting spending the next year far, far away from his sad sack daughter and his girlfriend who wants to spend all her time closely monitoring her pill-popping son!