Funky Winkerbean has been mired in an extremely tiresome plot where Cindy is jealous because her hunky actor fiance Mason has to kiss a younger non-Cindy lady as part of his hunky acting career. I’m intrigued by today’s panel, though: since the young lady is question is playing the character Jupiter Moon, I suppose that means that in this comic book scenario, Cindy is “Queen Morphine?” Shoutout to Funky Winkerbean for besting Mary Worth and going right past mere opioids and straight into real opiates for its next depressing storyline, is what I’m saying. 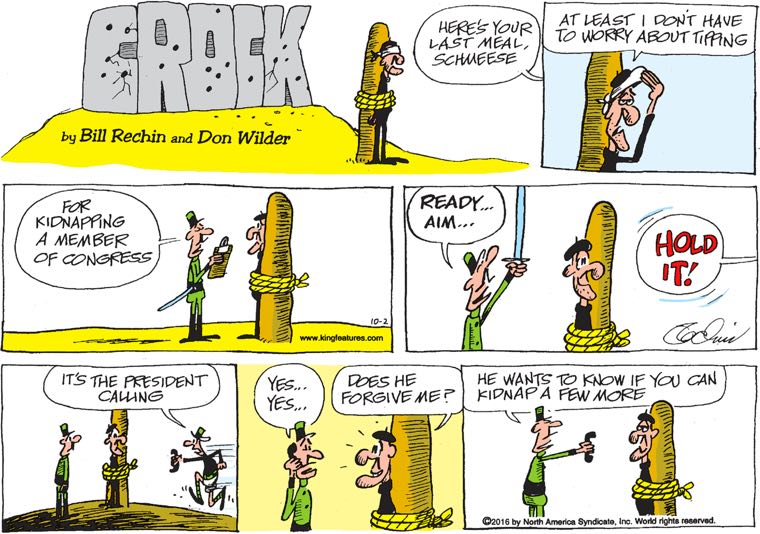 In the mid-20th century, there were two near coups against the French government that were launched by military leaders based in Algeria, so this strip isn’t that far from reality! I’m kind enjoying my new imagined alternate history in which Vermin P. Crock is installed by the forces armées françaises as the first president-for-life of the Sixth Republic.

The Perfesser is terrified that he’s going to be condemned to bird hell; meanwhile, Grimm has learned to his horror that in the afterlife dogs are not restored to their healthy form, and if they die rabid they writhe in awful, violent madness eternally. It’s a bad day in the comics for dead animals!