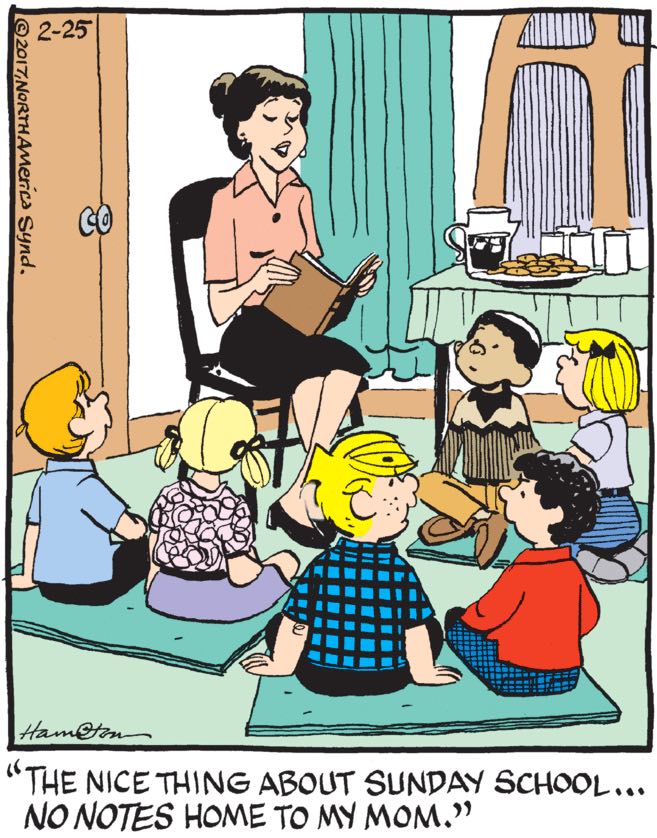 My one and only encounter with childhood religious instruction that I can remember came when I was maybe in the six to eight years old range; we were visiting my mom’s parents in Ohio, and I sat in a Sunday school class at their church. The teacher acted out the story of Jonah and the whale by putting a Playmobil man into a giant plastic toy shark, and as a know-it-all child this bothered me a lot, because I was very smug in the knowledge that sharks were fish and whale were mammals. But I didn’t say anything, which is just as well, since the bible actually uses the word “fish” (and the ancient Hebrews really didn’t make the distinction anyway); and besides, I wasn’t the type of kid to make a fuss in front of strangers, or to challenge authority. I guess you could say I wasn’t … a menace?

Anyway, while I suspect that modern-day Sunday Schools (especially those run by namby-pamby Episcopalians) don’t follow the injunction from Proverbs that “he that spareth his rod hateth his son,” I also have a hard time imagining that they just turn the other cheek when it comes to classroom disruptions that would get you a stern talking-to and note sent home at a Godless public school. Thus, the only way to interpret this panel that makes sense is that, here in Sunday School, Dennis doesn’t want to act out or cause a fuss, which is probably the least menacing attitude he could possibly take.

Speaking of Jesus, what’s Tommy been up to while Iris sows her wild oats all over campus? Thinking about big bottles of delicious pills, mostly! I dearly hope that when a tear-soaked Iris returns to her apartment from Mary’s advice session, we see her from Tommy’s perspective, and it’s like when a hungry wolf in an old cartoon sees someone’s head turn into a rotisserie chicken, except Iris’s head looks like a bottle of Vicodin, or maybe just one enormous Vicodin tablet.

MARK TRAIL IS A VAMPIRE

OR MAYBE DOC OR CHERRY

YES, RUSTY IS THE ONE MOST LIKELY TO BE AN UNDEAD BLOOD-SUCKING GHOUL