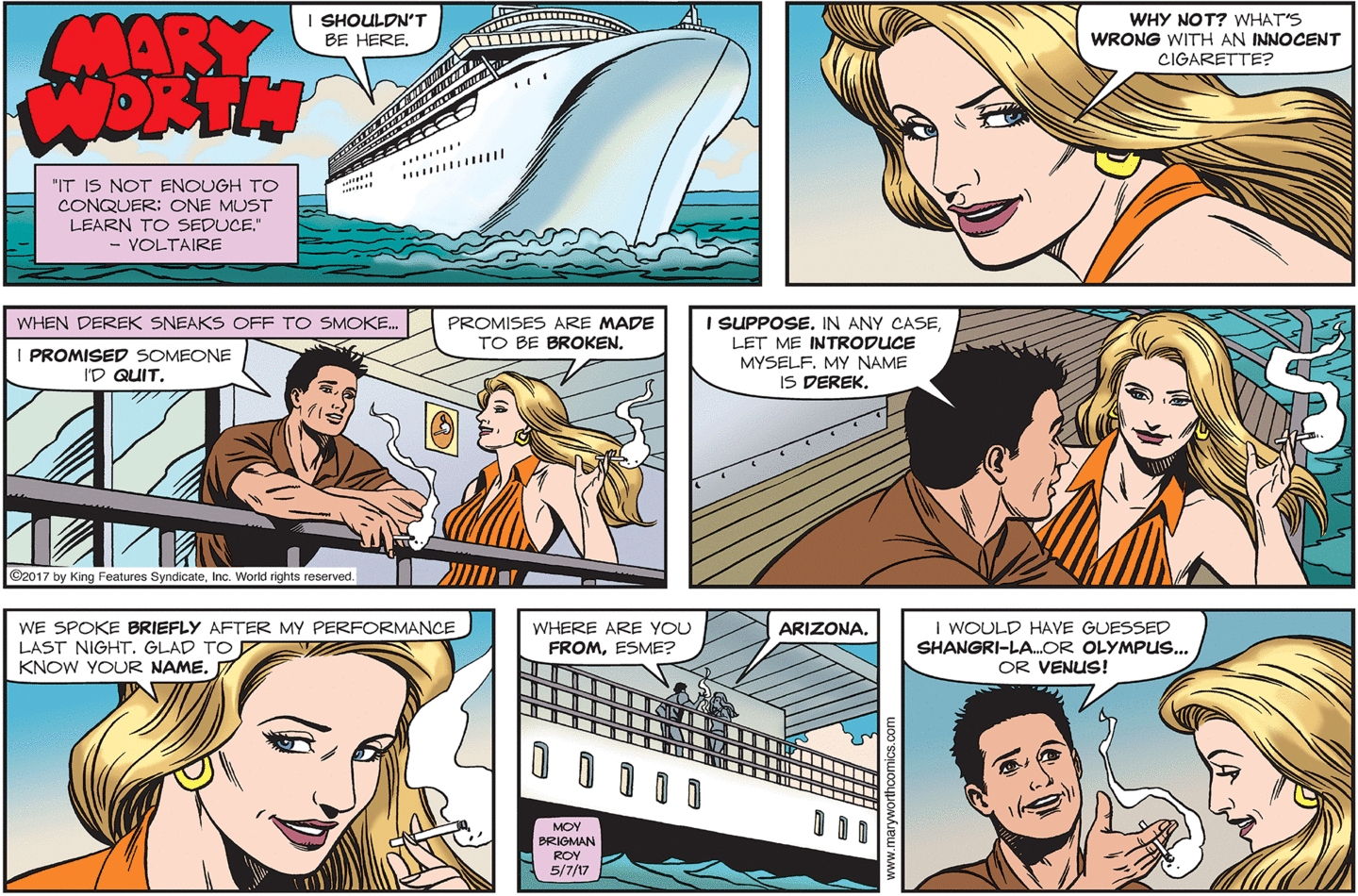 Derek strides determined onto the smoking deck, the new pack in his fist a taut miracle of cellophane, paper, foil, and promise — of hours of pleasant anticipation, indulgence, and satisfaction. Unguided, his hands repeat the practiced rituals that release the first cigarette of twenty — twenty, by God — fresh, firm, fragrant, perfect. The match glows in his cupped hands as the head burns off, and the flame kisses the tobacco into life.

Confusion of fire, ash, and ember as the tip catches, then blessed smoke, warming his lip as it passes over, bathing his mouth in electric mist. Teasing himself, he savors the pungent earthiness and the cascade of memories recalled from half a lifetime of such moments — in terror, bliss, bitter cold — before drawing it deeply in. Relishing the familiar catch in his throat, he closes his eyes to bathe in his first deliberate, fully conscious breath in what seems like months.

Full, rich, warm, radiant, held, and released softly as a sigh, his spent breath scrolls effortlessly back into the sea air. The shimmering silver column pauses for just a moment at the rail, then streams abaft to dissolve in the tropical sunlight.

The old, remembered music rises in his ears, an impossibly high-pitched sostenuto from a faraway violin, along with a placid warmth and golden lightness radiating throughout his body, and keen appreciation of every sensation etched into this moment: sun hot on his arms, breeze soft on his cheeks, whisper of scent from a woman now at his side. 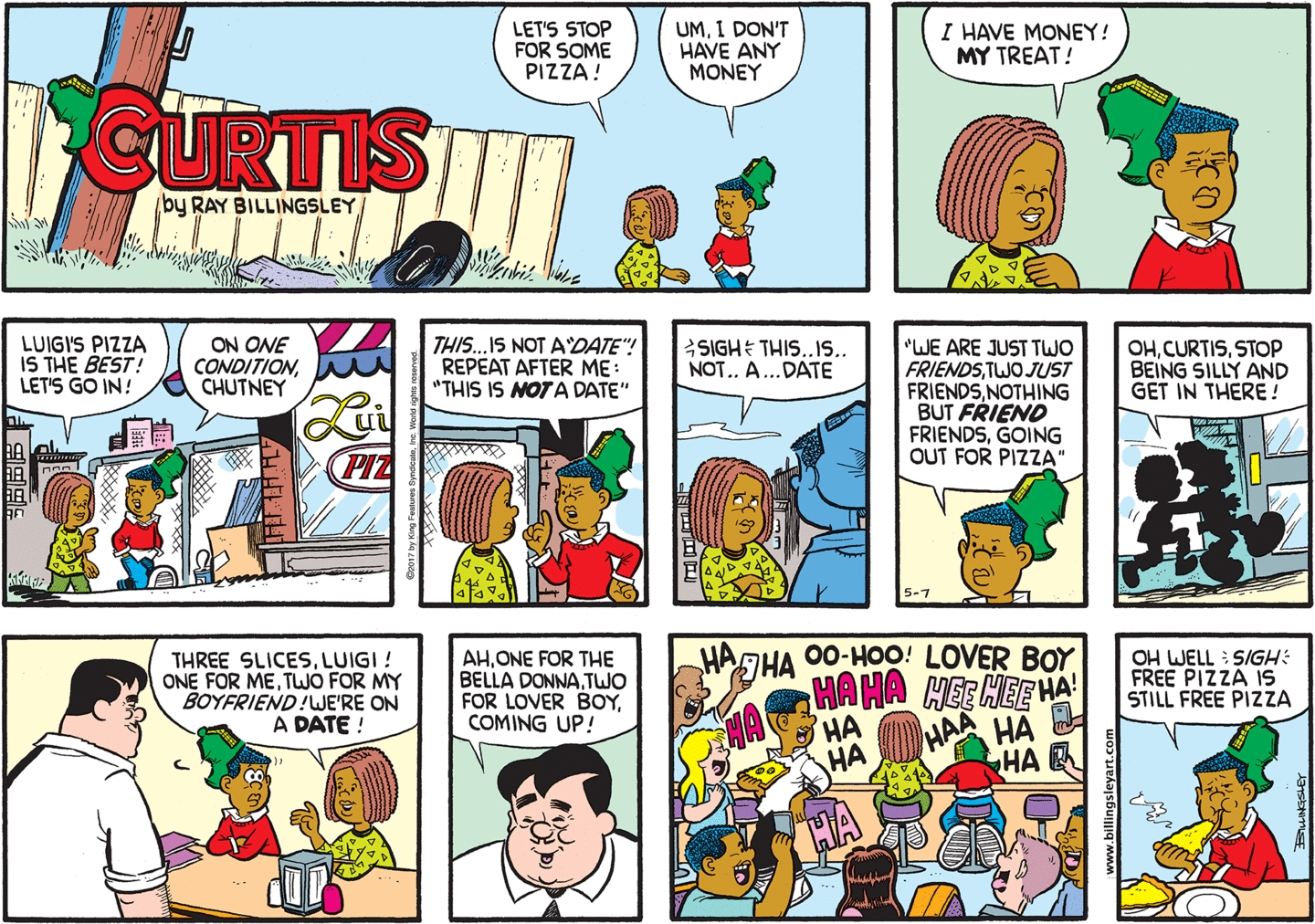 OK, this strip is a knockoff of the “Curtis is humiliated trying on clothes” series in which a dressing-room door flies open to reveal Curtis in his underwear before a sudden storeful of jeering spectators. But hey waitaminute – what is this crowd laughing at? Chutney’s an attractive girl, and has been drawn even more so over the years – surely “boyfriend” and “date” aren’t laughably out of the question.

So they must be laughing at Curtis — so selfish, shallow, and incapable of love or friendship that they snap pictures of the famous monster to show their friends. Curtis is headed toward a really dark place — no pepperoni for you, jerkwad! 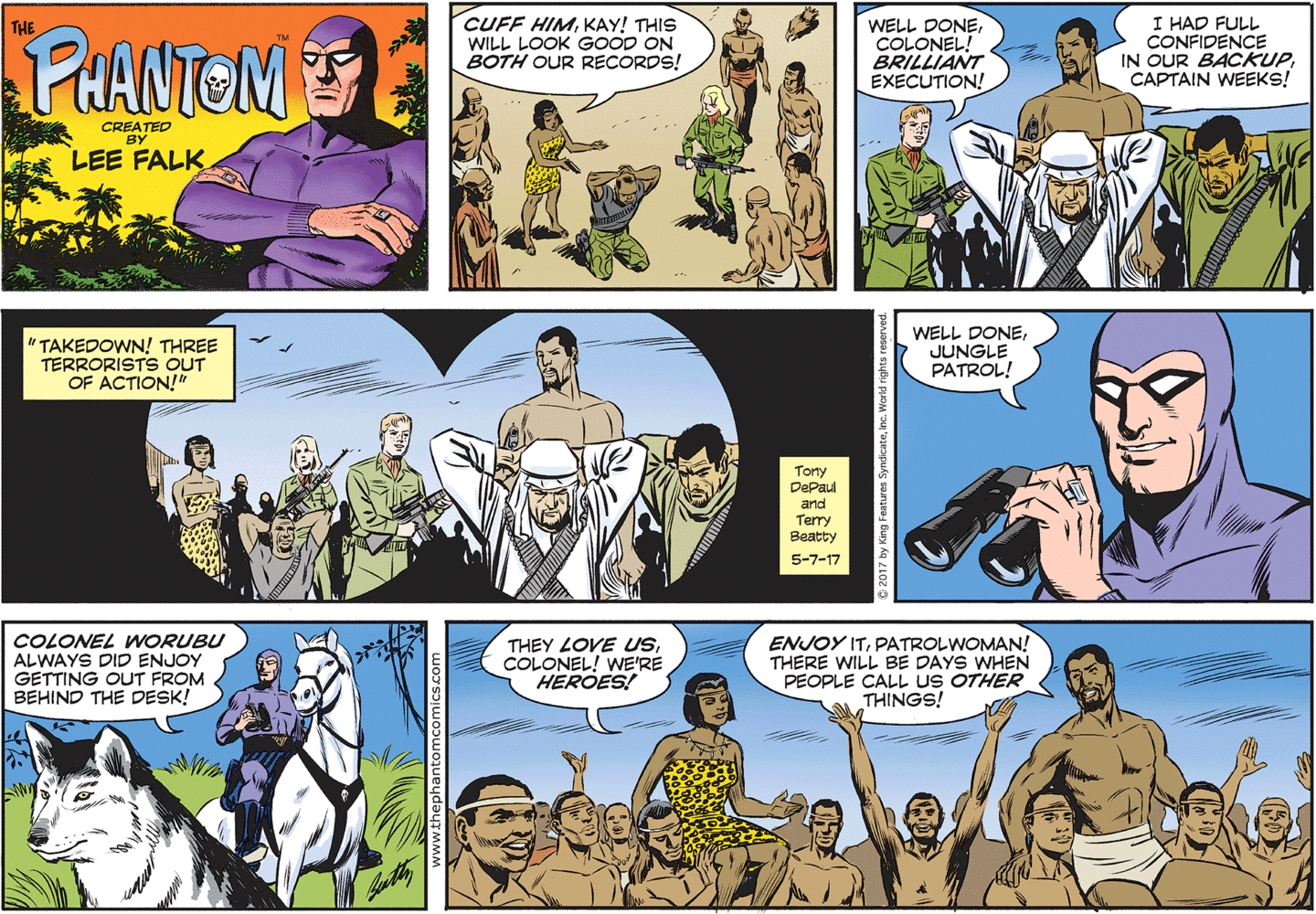 Hey, I know I plug this strip like it’s my job or something even though folks like Josh aren’t feeling it. But c’mon, people: Jungle Patrol! Minions of ‘The Python’ Chatu! résumé-building “Leopard Print” Hawa and “Full Auto” Kay! Captain “Jimmy Olsen” Weeks in full “Golly, Colonel” mode! Colonel Worubu himself rocking his fourpack in that breechclout! That’s some quality entertainment right there.

But as long as the evildoers (evilsayers, really) are all lined up on their knees like that, I’d avoid saying things like “brilliant execution” — somebody in this crew could easily get the wrong idea.

Hey, that’s it for me — Josh will be back early tomorrow, continuing the great circle of whatever this is. Thank you for a lovely time!