OH MY GOD, NEWSPAPER SPIDER-MAN, WHICH I ALREADY DECLARED MY FAVORITE SUPERHERO COMIC OF ALL TIME, HAS JUST NAME-CHECKED AN OBSCURE FIGURE FROM LATE ANTIQUITY, THE HISTORICAL PERIOD THAT I STUDIED DURING MY ABORTIVE ACADEMIC CAREER! Was today’s strip written specifically for me? Probably! Anyway, let’s go through a quick rundown of all the interesting details and historical inaccuracies they’ve managed to pack into just a few sentences:

Marvin may be an awful-hell infant who’s willing to stew in his own shit-filled diapers forever just to annoy his parents, but even he understands the basic concepts of consent. 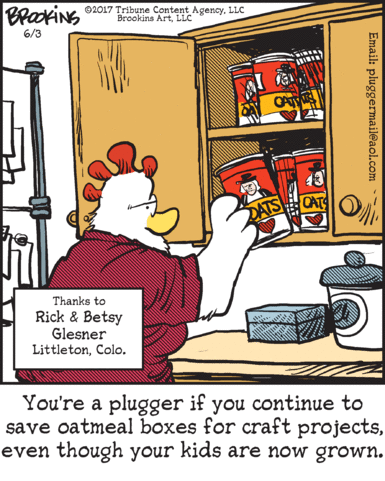 No matter how deep pluggers get into hoarding, they can never fill the hole in their lives left by the family that abandoned them.