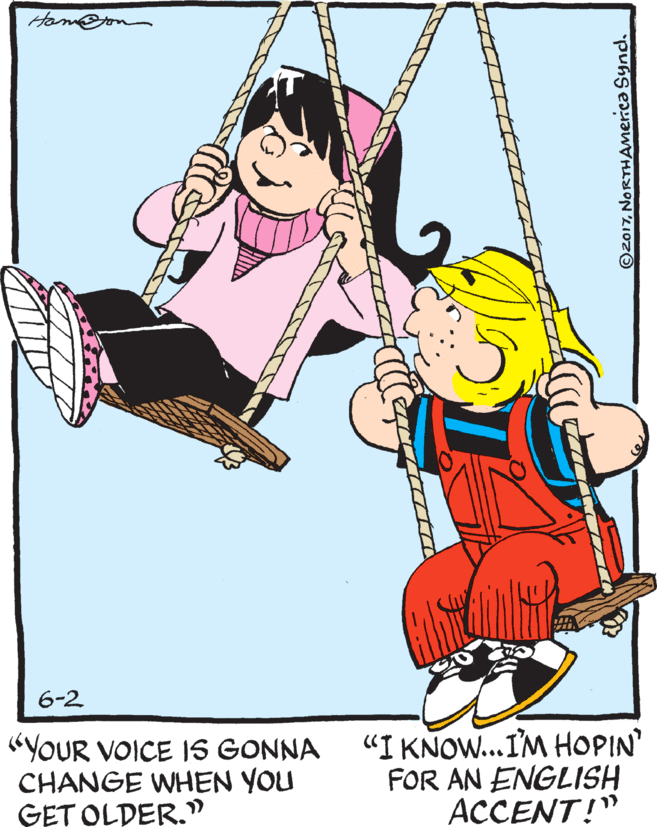 Kids tend to love the Peter Pan story in an uncomplicated way, but there’s definitely something more than a little sinister about a boy who spends eternity on the verge of adolescence. Just something to think about here, as we see a girl who may be starting to fancy Dennis a little bit broaching the subject of the changes that will someday be happening to their bodies, only to have him respond with some inane blather about accents. The sad thing is, as Dennis enters his 56th year of being 5 or 6, he’s got a much firmer grip on his own reality than Gina does.

Ha ha, look at the principal’s face in panel one! That’s a man who did not ask about how Les’s new book was going and is not pleased that he’s being given information on the subject without his consent.

You know the old saying, Niki: It’s not the crime, it’s the cover-up that gets you angrily pointed at.