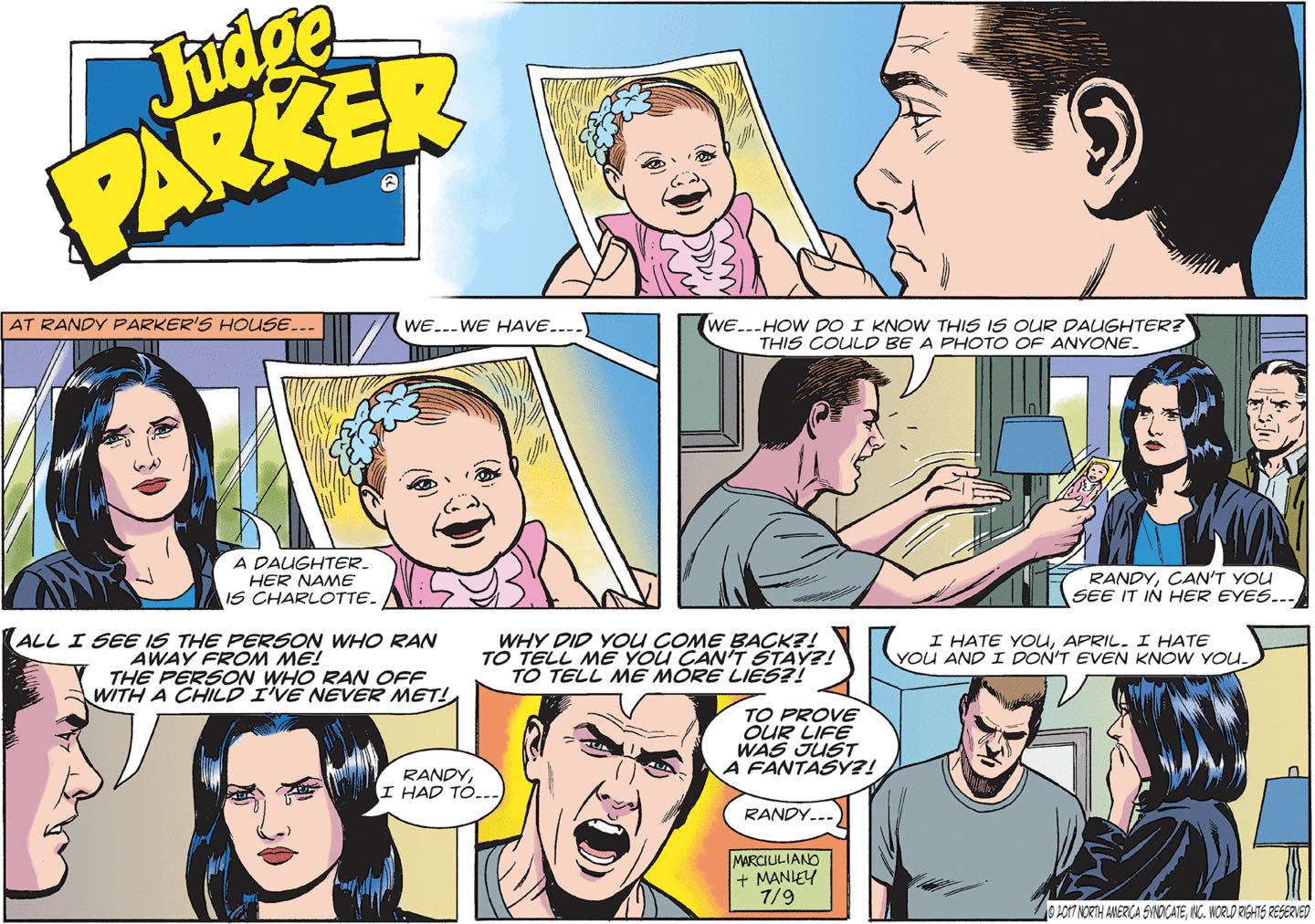 Good news! Randy Parker’s mysteriously vanished wife has mysteriously un-vanished! Bad news! Randy’s still real mad about the whole wife-vanishing-and-denying-him-access-to-his-daughter thing! It all started so happily for Randy and April, really: Randy was about to make a politically expedient marriage to his previous girlfriend, Mimi, but it turned out she was in a weird cult called “Eon”, so they broke up, and then he started ham-handedly flirting with his legal secretary via suggestive chopstick instructions, which won her heart and made her all the more eager to take his “dictation.” Who could’ve guessed that that legal secretary was really a trained CIA assassin who was probably completely capable of using chopsticks both to enjoy various Asian cuisines and also murder America’s enemies, and that, eleven years, two writers, and (I think) four artists later, a grief-deranged Randy would be screaming “TO TELL ME MORE LIES?! TO PROVE OUR LIFE WAS JUST A FANTASY?!” in her face? I guess it just goes to show that workplace romances do not work out! Say, what do you all think Mimi’s up to?

One of my current objects of fascination on trips to the supermarket is Closer, a tabloid that mimics the format of other checkout-aisle celebrity-gossip magazines but focuses exclusively on famous people of interest to the elderly. It’s an example of how the logic of capitalism encourages different industries to fill various really specific ecological niches, and while it may seem that the comics pages are immune to market forces, I think the same process is at work here! For instance, Gasoline Alley began its existence as a general-interest strip, but like one of Darwin’s finches, it’s adapted to meet the needs of the old person market, and nothing makes that clearer than today’s strip, in which a World War I veteran rambles on to nobody in particular about how stamps are more expensive than they used to be and people don’t send letters or postcards anymore.